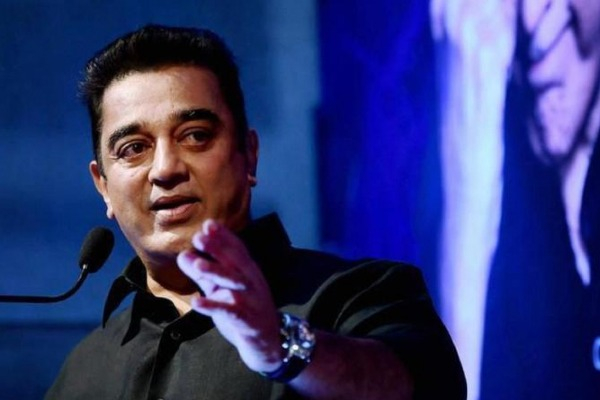 Superstar Kamal Haasan on Saturday celebrated his 66th birthday by sharing a teaser trailer for his new Tamil feature "Vikram". Haasan took to Twitter to share the title and teaser of his 232nd film, which is being directed by Lokesh Kanagaraj of "Kaithi" fame.

"Happy to launch the title teaser of my film today; directed by Mr @Dir_Lokesh," Haasan wrote.
The teaser opens with Haasan's character in a log cabin and hiding various kinds of weapons in different places. He then sets up a feast on the dinning table as he waits for the guests to arrive.
Once the guests, who are seen wearing masks, settles down on the table, Haasan's character attacks them with axes.
Kanagaraj also shared the teaser on Twitter and said that it is a birthday gift to Haasan.
"Dear Guru..This is our humble gift to you sir.. Wishing you a very happy birthday. Please do keep inspiring us always sir @ikamalhaasan," he said.
The teaser ends with a note that says, 'Once upon a time there lived a ghost named Vikram'.
The film is produced by Haasan's Raaj Kamal Films International.
Haasan is currently awaiting the release of "Indian 2", which has been directed by S Shankar. The movie also features Siddharth, Kajal Aggarwal and Rakul Preet Singh.