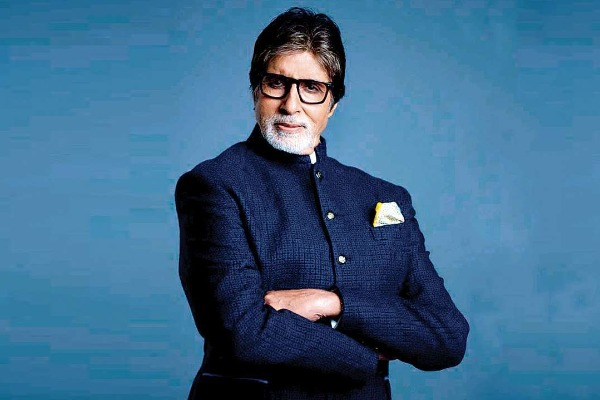 Megastar Amitabh Bachchan on Tuesday celebrated the 20th anniversary of filmmaker Aditya Chopra's "Mohabbatein", saying that he was thankful for the continued love the film has received.

Released on October 27, 2000, "Mohabbatein" marked the first onscreen collaboration between Bachchan and Shah Rukh Khan.
The romantic-drama also revitalised Bachchan's career after a dip in the 1990s.
As Narayan Shankar, the strict principal of an all-boys college, Gurukul, the 78-year-old veteran had transitioned from playing a hero to characters his age.
Bachchan took to Twitter and posted a montage of the film, along with his popular dialogue, "Parampara, Pratishtha, Anushasan".
"'Mohabbatein' is special for many reasons. Twenty years of this beautiful love story, a roller coaster of emotions. Eternally grateful for all the love you continue to shower," he tweeted.
Also starring Aishwarya Rai, Uday Chopra, Shamita Shetty, Jugal Hansraj, Kim Sharma, Jimmy Shergill and Preeti Jhangiani, "Mohabbatein" went on to become one of the biggest hits of the year.
Shetty, sister of Bollywood star Shilpa Shetty, took to Instagram and shared the film's original teaser.
"This is where it all began.. my Mohabbat (ein) for this craft," she wrote.
Sharma said that she was shocked how time has flown and was "overwhelmed" with the love coming her way.
"Grateful for the opportunity, the accidental career, the prestige, the learning, but mostly for the love. Thank you being so kind and encouraging with me always can't say I did much but you guys make it feel like a lot.
"How lucky for me. All the fans of this film all over the world you are really amazing, needless to say YRF and Adi thank you," she added.
The film marked Khan and Rai's second collaboration after "Josh" the same year. The duo reunited in Sanjay Leela Bhansali's "Devdas" in 2002.
"Mohabbatein" was Chopra's second directorial, after the blockbuster "Dilwale Dulhania Le Jayenge" in 1995. The film's music was scored by Jatin-Lalit, with lyrics by Anand Bakshi.