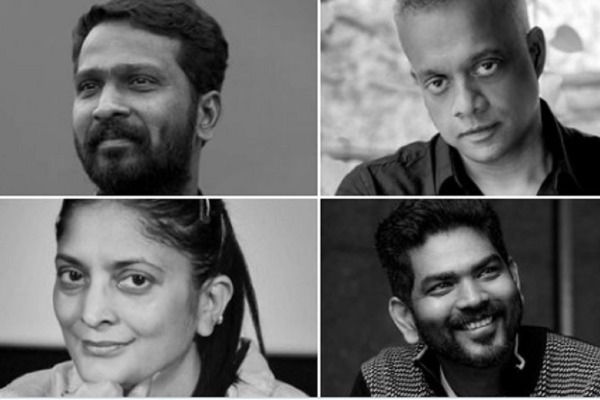 Netflix is set to release its first Tamil language film, an anthology titled "Paava Kadhaigal", the streamer announced on Thursday.

Directors Gautham Menon, Sudha Kongara, Vetri Maaran and Vignesh Shivan have come on board to explore how love, pride and honour influence complex relationships through four stories in the upcoming project from the streamer.
Anjali, Bhavani Sre, Gautham Menon, Hari, Kalidas Jayaram, Kalki Koechlin, Padam Kumar, Prakash Raj, Sai Pallavi, Shanthnu Bhagyaraj, Simran, among others are part of the ensemble cast.
Menon, known romance dramas "Minnale", its Hindi remake "Rehnaa Hai Terre Dil Mein" and the National Award winner "Vaaranam Aayiram", said he is excited to collaborate with Kongara, Maaran and Shivan for the first time.
"To explore a complex, difficult theme in an authentic and honest manner alongside incredibly talented directors is a tremendous opportunity. The anthology reflects how pride, honour and social standing continue to influence individual choices all around us," he said in a statement.
Kongara said each story in this anthology explores unconventional, unfettered, and unconditional love.
"It's great that these incredible stories will reach viewers in India and around the world with Netflix," the director of the Tamil film "Irudhi Suttru, its Hindi version "Saala Khadoos" and Telugu take "Guru" said.
Maaran, known for critically-acclaimed and National Award winning films like "Aadukalam", "Kaakka Muttai and "Visaaranai", said he enjoyed working on the project as he was able to focus on telling the story he wanted to.
"The freedom of filmmaking I experienced with 'Paava Kadhaigal' was fulfilling," he added.
Shivan said he has always been a fan of Netflix and its storytelling.
"As a filmmaker, being able to tell your story to a diverse audience, alongside three respected directors who believe in your story as much as you do, is an incredible opportunity. This film explores the dark, often agonising side of human relationships, tabling thoughts many have but are afraid to vocalise," he said.
The director has "Naanum Rowdydhaan" and "Thaanaa Serndha Koottam" to his credit.
The anthology is produced by Ronnie Screwvala's RSVP Movies and Ashi Dua Sara's Flying Unicorn Entertainment, and will release exclusively on Netflix across 190 countries.
Srishti Arya, director, International Original Film, Netflix India said, "Paava Kadhaigal" is helmed by imaginative storytellers who have chosen the unexpected over the safe to bring to life unique, complex stories.
"We want to be the home for India's finest films and filmmakers. As we expand this film slate, we are honoured to showcase the brilliance of Tamil storytelling to our members in India and around the world," she added.