Amitabh Bachchan on SP Balasubrahmanyam: He was voice of great divinity and soul 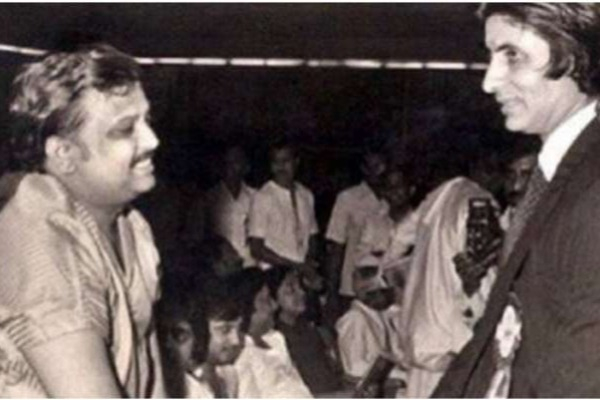 Balasubrahmanyam, 74, died on Friday after an over two month-long battle with coronavirus.
Writing on his blog on Saturday, Bachchan said SPB, as he was fondly called, had a "God gifted voice".
"In the middle of the work schedule, the mind works at a tangent that brings emotion for the departed - SP Balasubrahmanyam the God gifted voice gone silent. And day on day the very special have left us for the heavens and as they would often say 'to a better place.'
"The pandemic claims yet another gem, the voice of great divinity and soul," the actor wrote.
A six-time National Award winner, Balasubrahmanyam, who had sung over 40,000 songs, was also honoured with Padma Shri in 2001 and Padma Bhushan in 2011.
Bachchan, 77, posted a photo of the duo from an old event and said he was fortunate to meet the singer.
"Long years ago at a function I had had the honour of meeting him. A simple, modest human, despite the immense celebrity he was bestowed with."
Balasubrahmanyam was laid to rest at his farmhouse on Saturday with a 24-gun salute by the Tamil Nadu Police.
Bachchan joined the rest of the Indian film and music industry members, including Lata Mangeshkar, Asha Bhosle, AR Rahman, Kamal Haasan, Salman Khan, Shah Rukh Khan, Ramya Krishnan, and Anil Kapoor in paying rich tributes to Balasubrahmanyam.