Hilary Swank says she developed claustrophobia while filming Netflix's Away' 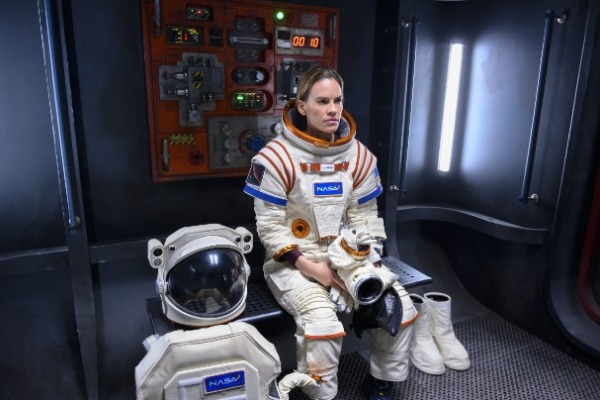 In the show, the 46-year-old actor plays astronaut Emma Green, who is on a years-long mission to Mars, and wearing a spacesuit for the role caused her to develop a fear of enclosed spaces.
'I have never, not once in my life, had a phobia. Until now. And I'm gonna be honest, I never understood them, I always thought 'get over it, it's just a spider, etc. walk away.'
Until l, of course myself, became severely claustrophobic. To the point my entire body broke out in sweat and I was drenched within 30 seconds and my face looked like a very ripe tomato... and I almost passed out while trying on my finished spacesuit and helmet for the first time, Swank posted on Instagram.
The Million Dollar Baby" star said for six months she was not able to overcome her claustrophobia, but has now trained her mind to stay calm during crisis.
"When we calm our minds and sit with the fear, NOT try and push it away, we can sit with it in a different way, that makes it 'doable.' Playing an astronaut in AWAY made me push into the sharp edges in a way I never thought it would, she added.
Swank said she hopes that opening up about her phobia experience will help others feel 'less alone'.
I hope that in sharing this you might feel less alone in whatever it is that takes over your mind and therefore body. Be patient with yourself. #WeAreNeverInThisAlone #Away .
Away , created by Andrew Hinderaker, premiered on the streaming platform earlier this month.
The show also features actors Vivian Wu, Josh Charles, Mark Ivanir and Talitha Bateman. PTI .