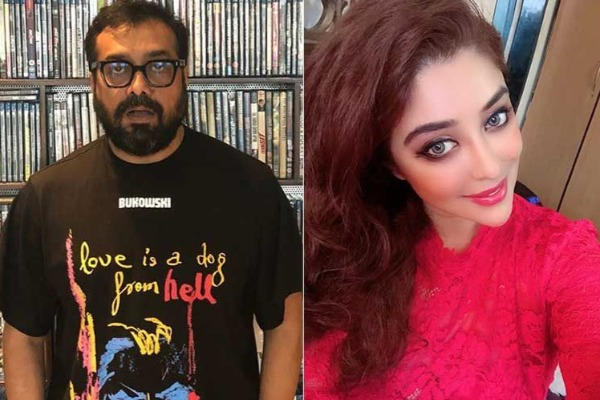 Filmmaker Anurag Kashyap on Sunday said the sexual harrassment allegations levelled against him by actor Payal Ghosh are baseless .

On Saturday, Ghosh took to Twitter and wrote that the "Gangs of Wasseypur" director was sexually inappropriate towards her.
The 30-year-old actor tagged Prime Minister Narendra Modi in her tweet, requesting him to take action against Kashyap.
"@anuragkashyap72 has forced himself on me and extremely badly. @PMOIndia @narendramodi ji, kindly take action and let the country see the demon behind this creative guy. I am aware that it can harm me and my security is at risk. Please help!" Ghosh wrote.
In a video released to ABN Telugu, Ghosh claimed that the incident happened in 2014-2015.
The actor, who made her Hindi debut with Rishi Kapoor-Paresh Rawal starrer "Patel Ki Punjabi Shaadi", also claimed that Kashyap boasted about his connection with megastar Amitabh Bachchan and claimed that there were other female artistes who he got intimate with.
In a series of Twitter posts in Hindi, Kashyap dismissed the allegations, calling it an attempt to "silence" him.
The 48-year-old director has been vocal against the criticism and vilification of Bollywood by celebrities and trolls.
"Such a long time was taken to shut me up, never mind. (But) while shutting me up, you lied so much that you dragged other women also in it. Please maintain some dignity madam. All I will say is that all your allegations are baseless," Kashyap tweeted.
Refuting the claims, Kashyap said the video is a testimony of "how much truth and false" there is.
"While placing allegations against me you dragged my artistes and Bachchan family... Madam, I have been married twice, if that's a crime then I admit to it. I also admit that I have loved a lot, whether it's my first wife or second.
Any lover or all those female actors with whom I've worked or the team of all those girls and women that have been working with me or all those women I've met in private or in public. I neither behaved like this nor do I tolerate such a behaviour at any cost. Rest we will see what happens," he added.
Ghosh found support in National Commission for Women, with its chairperson Rekha Sharma assuring the actor that the NCW will take cognisance of the case.
"You may send me the detailed complaint at [email protected] and @NCWIndia will look into it. @iampayalghosh," Sharma tweeted.