Akshay Kumar on son Aarav: He wants to be away from the limelight 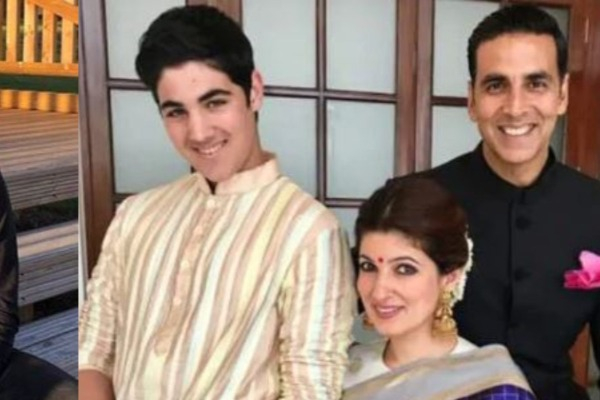 Bollywood star Akshay Kumar says his son Aarav wants to have a life away from the media glare and create his own identity.

Aarav was born to Kumar and actor-author Twinkle Khanna in 2002. The couple are also parents to seven-year-old daughter, Nitara.
"My son is very different. He just doesn't want to tell anyone that he's my son. He wants to be away from the limelight. He wants to have his own identity. That's what the whole thing and I understand it. So, I let him be the way he wants to (sic)," Kumar told host Bear Grylls in the upcoming episode of Discovery's "Into the Wild with Bear Grylls".
The actor, who will next be seen in horror comedy "Laxmmi Bomb", said he has tried to inculcate his father's values in his son.
"He's (my father was) the only influence I have in my life and I've followed all his rules and all his things that he has taught me. And I hope my son gets that," Kumar added.
The much-anticipated episode of the adventure show will premiere on September 11 on Discovery Plus app at 8 pm and on September 14 at 8 pm across 12 Discovery channels.
Previously, Prime Minister Narendra Modi and superstar Rajinikanth have accompanied Grylls on his adventures in the wilderness.