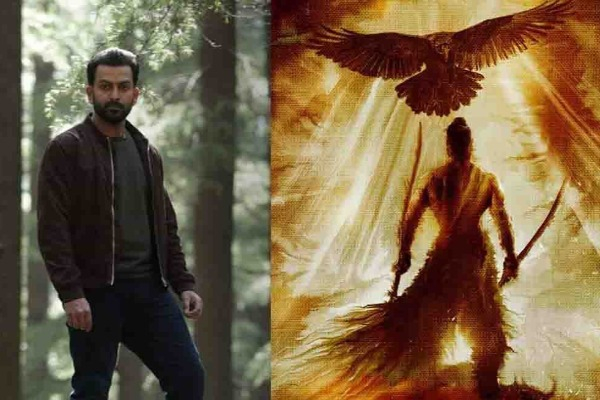 South star Prithviraj Sukumaran on Monday announced that he is set to feature in a multilingual project touted to be India's first film to be "shot completely in virtual production".

With concept and direction by Gokulraj Baskar, the as-yet-untitled movie will release in Malayalam, Hindi, Tamil, Telugu and Kannada.
Sukumaran, 37, took to Twitter to share the first look of the film, which features him as a warrior.
"This is an exciting new chapter in the art and science of film making! So looking forward to this one! Changing times, newer challenges, innovative methods! And an epic story to tell! Stay tuned for updates!" the actor wrote.
The coronavirus induced nationwide lockdown has forced theatres to remain shut since March and also put a halt in film and TV shoots across India.
Though many short films were made during the lockdown, the Sukumaran-starrer claims to be the first movie which would be shot entirely under a virtual production.
The actor-producer will be next seen in the Malayalam survival drama, "Aadujeevitham".