Spreading laughter is the best thing to do in COVID-19 times, says Sunil Grover 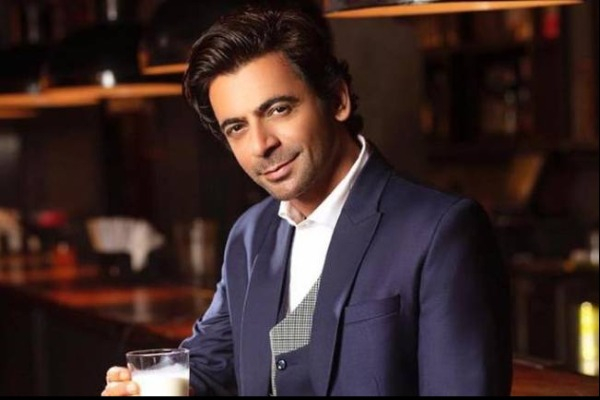 Sunil Grover, who is back with his show "Gangs of Filmistan", says creating comedy in the times of coronavirus is a challenge but it is the best medicine for people who are in distress.

The actor said when he was approached for the show, he immediately agreed to it as he thought that humour is a necessity for people amidst the coronavirus pandemic.
"It is difficult, it is a challenge to make people laugh. I immediately accepted the offer as I felt this is the right show to do in these times. Spreading laughter is something I wanted to do it from my heart," Grover told PTI.
The "Bharat" added that he would be donating his earnings from the show to charity.
"Whatever I will be earning from this show I am putting that into charity. In these times, I believe people should help and support others," he said.
In "Gangs of Filmistan", Grover will be seen as a don, while his co-actors Shilpa Shinde, Sanket Bhosale, Upasana Singh, Sugandha Mishra, Paritosh Tripathi, Jatinder Suri and Siddharth Sagar will entertain him and the audience in Bollywood style.
"This show has a different format. There are no artiste interviews in the show, but it will be a Bollywood show. The objective always is to make people laugh and entertain them.
"We will have a Bollywood specific comedy to be showcased by various artistes. I will be sitting as a don, appreciating and enjoying the performance."
"Gangs of Filmistan" has been created by Preeti Simoes and Neeti Simoes, who previously worked on "Comedy Nights with Kapil".
The show will premiere from August 31 on Star Bharat.