At this stage of my life, I'm looking for projects I enjoy: Naseeruddin Shah 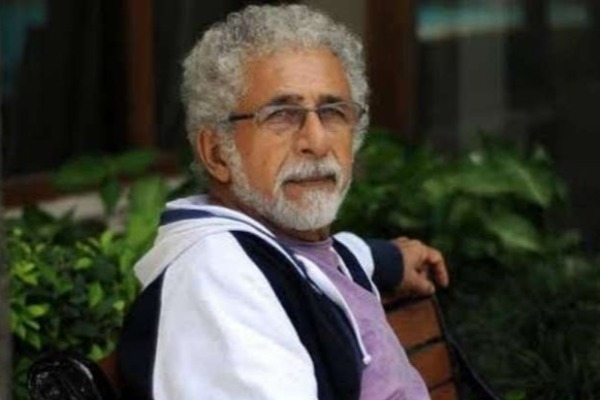 Veteran actor Naseeruddin Shah says he accepts projects purely on instinct but off late, he has started looking for parts where he can enjoy himself, irrespective of the length of the role.

The actor said there have been instances where his instincts have worked well, like in the case of Neeraj Pandey's A Wednesday , which he calls one of his most memorable films but there have been some regrets as well.
"At this stage of my life, I'm not looking for great parts to play. I have had more than my share. I'm looking to work in projects where I enjoy myself and which will give me something to chew on. I wouldn't do a role of a boring traditional father in a movie, even if it is made by somebody I like, Shah told PTI in Zoom interview.
One of the most admired actors in India, Shah said he felt a shift in his perspective about 15 years ago when he appeared in several small parts. The actor enjoyed doing supporting but critical roles, in which "directors hesitate to cast well known actors as they feel audiences' expectations would be blighted .
I realised my own role is not as important as the totality of the film and I should contribute to the totality of the film in whatever capacity I can, he added.
Shah, who studied at the National School of Drama and Film and then the Television Institute of India (FTII) in late 1970s, established himself as a major contributor to the Indian new wave cinema during the 70s and 80s.
While he made a mark in movies "Nishant", "Jaane Bhi Do Yaaro", "Ijaazat", Bazaar , Katha , Masoom and Mirch Masala with his flawless performances , he also created a space for himself in commercial cinema with films such as Hero Hirala , Karma , Tridev , Vishwatma , Chamatkar and Mohra .
The actor said there was resentment towards trained actors when he joined films.
The resentment was not unjustified, because a lot of these so called trained actors' were utterly incompetent. They were carrying this baggage of being method actor and things like I want to be the character I'm playing or call me by the name of the character.'
All this kind of absolute nonsense created a condescending attitude (towards trained actors). I was very careful to not call myself a trained actor, especially when I was doing my first few song and dance movies like Sunayana' and Khwab', because I didn't want to invite this mockery that he is an intellectual', he added.
During his student days, Shah believed he would be doing small parts or acting in the art movies but the success of his mainstream films took him by surprise.
The on screen sing and song is something I have never quite cracked... It is due to a shortcoming in my own orientation because when I was hoping to do movies and I was studying at FTII, I never imagined that I will be singing songs.
I imagined I will be playing smaller parts or acting in art movies, which is more or less how it happened. Let's say I didn't really prepare myself for commercial success. So it was a surprise when Tridev' and Mohra' became huge successes. No one was more astonished than I was, he said.
The generational conflict when he joined films prompted the actor to strike a balance between art and commercial cinema.
Recalling his experience of working on the 1979 film Sunayana , Shah said the film's director Hiren Nag would be utterly perplexed at his suggestions. To avoid conflict, he decided to do whatever the director asked him to do "and thoroughly regretted it".
"That's not the only instance, there have been others, he added.
But he never faced something like that with the younger generation, Shah noted with admiration.
In an unqualified way, I'm full of admiration for these kids In the last 10 years some of the small films I have seen are very effective. There is hope from the younger generation.
We have actors like Nawazuddin Siddiqui, Rajkummar Rao, Gulshan Devaiah, Ayushmann Khurrana and many other marvellous performers, who are comfortable in all forms of cinema. They are much more evolved than my generation was and I feel privileged to work with these guys. I envy them and their abilities, he said.
His latest project, Bandish Bandits , is an addition to his list of collaboration with young talents. Helmed by, actor-director Anand Tiwari, the series premiered on Amazon Prime Video on Tuesday.
Shah said he agreed to be a part of the project because of his fondness for Tiwari.
I did the series for Anand. I like him very much and we have been friends for a while. He has worked with us in our theatre company. I have also acted with him and I think he is a marvellous actor. I was just happy to work with him and enjoy his company, Shah said.
The actor plays a veteran classical musician in the series, featuring Shreya Chaudhry and Ritwik Bhowmik in the lead. He said he enjoyed playing the role as there were shades of grey in it.
He is an opinionated old Ustad, who always feels he is right. There were many dimensions in the characters. There were negative shades to character and I have always enjoyed playing a baddie. I haven't had enough opportunities unfortunately.
And there was lot of Indian classical singing, which I know nothing about. So I had to practice lip-syncing and understand the music, he said.
Another reason to board the project was the company of actors like Atul Kulkarni, Sheeba Chaddha and Amit Mistry, whom Shah admires.
Also OTT is the future, one cannot stay away from it. I didn't feel that way for television. I never felt that television would take over everything, and it didn't. That's why I don't have any aversion at all to appearing on OTT platform, he said.