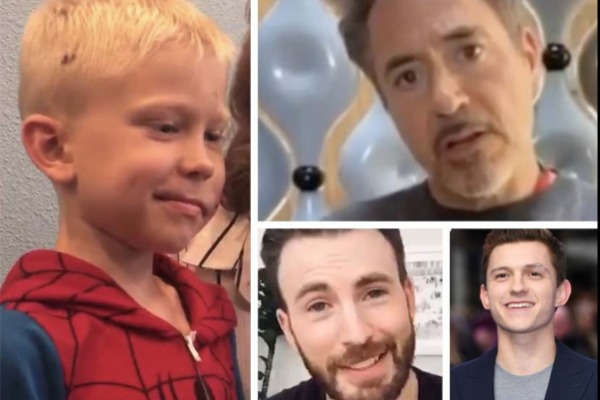 Hollywood stars Robert Downey Jr and Tom Holland have joined their "Avengers: Endgame" co-star Chris Evans in sending sweet messages to a young boy who saved his sister from a dog attack.

Six-year-old Bridger saved his four-year-old sister on July 9 by standing between her and a charging dog.
According to Nicole Noel Walker, his aunt, the child received 90 stitches after getting bitten by the canine.
After Walker reached out to the Avengers team through an Instagram post, Evans, in a video message, promised to send Bridger, an avid Avengers fan, "an authentic Captain America shield".
Now the 'Iron-Man' star promised he will gift Bridger something "special" on his next birthday.
"Bridger, you're a rockstar. I hear (Captain America) sent a shield your way. I'm gonna do one better, you call me on your next birthday. I got something special for you. By the way, that's a promise. A promise beats a shield," Downey Jr said.
Holland, meanwhile, spoke to Bridger on a video call and invited him to come to the sets of the next "Spider-Man" film.
"If you ever want to come to set and hang out, and see the Spider-Man suit up close, and hang out with us, you're always welcome. I want to say you are so brave, mate. We are all so proud of you, and your little sister is so lucky to have someone like you," he added.
Other Marvel stars Mark Ruffalo and Brie Larson, Hollywood star Anne Hathaway, "The Flash" series stars Grant Gustin and Robbie Amell also praised Bridger's bravery.