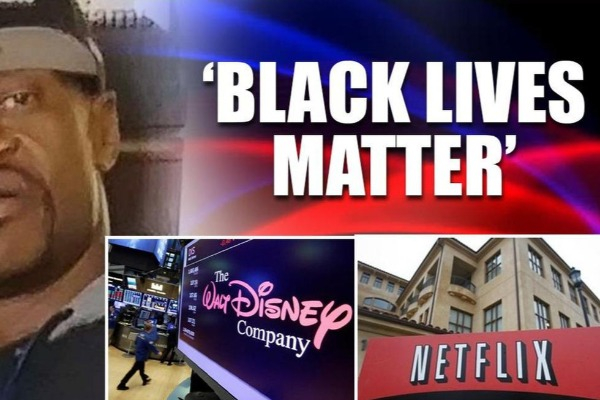 Major Hollywood studios including Disney,Warner Bros, Paramount, Netflix, Amazon and The Academy of Motion Pictures have issued statements on social media supporting the Black community and Black Lives Matter movement, in the wake of the death of George Floyd.

The 46-year-old African-American man died last Monday in Minneapolis, Minnesota after a white police officer pressed his knee on his neck for more than eight minutes. The officer was arrested on Friday and charged with third-degree murder.
We stand against racism. We stand for inclusion. We stand with our fellow Black employees, storytellers, creators and the entire Black community. We must unite and speak out, Disney said in a statement shared on its various social media platforms.
The same statement was posted on the official Twitter accounts of Disney owned Marvel Studios and Pixar.
The Academy said it stands in solidarity with people of the black community and demanded justice for Floyd.
The death of George Floyd is not acceptable to anyone. We stand in solidarity with our black members, colleagues, storytellers, artists and with all black people across our nation because we know Black Lives Matter.
The Academy adds its voice to the call for justice. We must shine a brighter light on racism and do our part to step up to this moment, the statement read.
Warner Bros posted on Twitter, We stand with our Black colleagues, talent, storytellers and fans and all affected by senseless violence. Your voices matter, your messages matter. #BlackLivesMatter
Paramount Pictures also took to the microblogging site to condemn the act of racism and senseless violence against the Black community.
Black lives matter. Black culture matters. Black communities matter. We stand in solidarity with our black colleagues, creators, partners and audiences and condemn all acts of racism, discrimination, and senseless acts of violence, the post read.
Streaming giant Netflix, one of the first major producers from Hollywood to comment on Flyod's death, said it was important to speak up right now.
To be silent is to be complicit. Black lives matter. We have a platform, and we have a duty to our Black members, employees, creators and talent to speak up, the statement read.
Amazon said the brutal treatment of black people in the US needs to stop.
Together we stand in solidarity with Black community our employees, customers and partners in the fight against systemic racism and injustice, the streaming platform posted on Twitter.
HBO changed its Twitter handle name to #BlackLivesMatter.