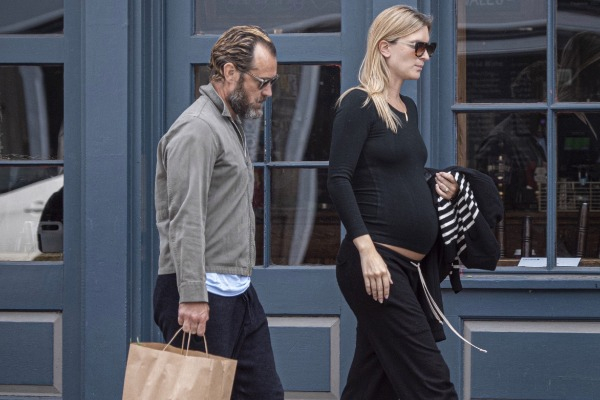 British star Jude Law and his wife Phillipa Coan are expecting their first child together.

The news comes days after the couple, who tied the knot in April 2019, were photographed leaving a grocery store near their home in north London on Sunday.
In the photos, Law is walking behind Coan, who has a very visible baby bump, according metro.co.uk.
Law, 47, is already a father to five children from three previous relationships. The actor and his ex-wife, Sadie Frost, have three children together -- 23-year-old son Rafferty, 19-year-old daughter Iris and 17-year-old son Rudy.
Law also has a 10-year-old daughter, Sophia, with model Samantha Burke, as well as a five-year-old daughter, Ada, with singer Catherine Harding.
In January, the actor had admitted that he was keen to have another child after marrying 32-year-old Coan.
"I'm fortunate to be with someone where I'm having more fun than I've ever had in my life. We have an incredibly stable and healthy, wonderful family existence and that involves my kids who are young adults... and then the younger ones are just so much joy and so much fun.
"Ilove it, so absolutely, why not (have another)? I'm very lucky to be involved with someone I'm madly in love with. So the idea of having more children would be just wonderful," Law had said in an interview with The Telegraph.