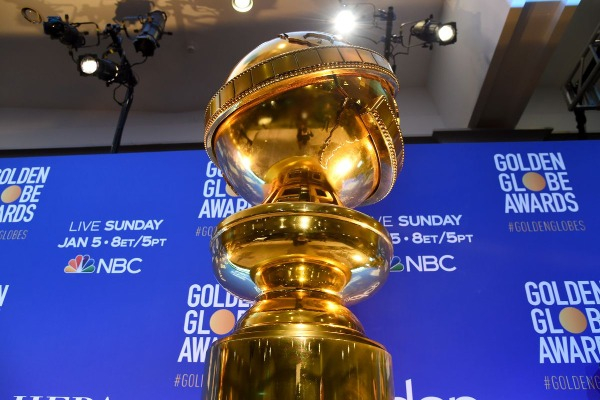 The Hollywood Foreign Press Association, the organisation which conducts Golden Globes, is making more changes to its eligibility rules for the forthcoming awards in light of the coronavirus pandemic.

The HFPA implemented new rules last month that are in effect until April 30.
However, the HFPA announced on Tuesday morning that the date has been extended indefinitely because of theatre closures due to the global health crisis, reported Variety.
"The HFPA will continue to assess the impact of the COVID-19 pandemic on motion picture distribution and exhibition and may make other temporary variations to those rules as it considers appropriate in the future," the organisation said in a statement.
The organisation has suspended the rule that a film had to be screened for HFPA members at a third-party facility in the greater Los Angeles area.
According to new guidelines, distributors must contact the HFPA to arrange a screening date on the official HFPA calendar that meets the timing requirements of the awards eligibility rules.
Distributors must provide all HFPA members with a screening link or a DVD copy of the film on the date the screening is scheduled so that members may view it at home adhering to the social distancing guidelines.
The rules for a film's release have also been changed.
Instead of only considering a movie that was released in theatres or made available on pay-per-view cable or pay-per-view digital delivery in the greater Los Angeles area for a minimum seven days before December 31, the HFPA will now consider titles that had a theatrical release planned to begin in Los Angeles starting March 15, with no cut-off date.
Following HFPA's suit, the Academy of Motion Picture Arts and Sciences also announced changes to its eligibility rules to allow only films streamed online for the forthcoming Oscars in the wake of the industry-wide shutdown caused by the COVID-19 outbreak.