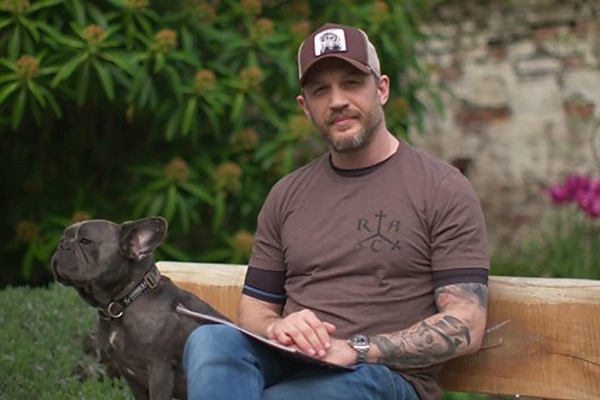 To spread some cheer in the times of the coronavirus outbreak, actor Tom Hardy is returning to narrate bedtime stories to children through BBC Children's channel.

Long-running series "Bedtime Stories" on the channel CBeebies will see the "Venom" star read books to kids from April 27-May 1.
According to the BBC Press Office, Hardy was filmed in his garden in accordance with social distancing guidelines.
Hardy, who first appeared on the programme in 2016, will begin with Simone Ciraolo's picture book "Hug Me", followed by Robert Vescio and Nicky Johnston's "Under the Same Sky" and Lizzy Stewart's "There's a Tiger in the Garden".
Later in the week, the actor will read "Don't Worry, Little Crab" by Chris Haughton and "The Problem With Problems" by Rachel Rooney and Zehra Hicks.
Cheryl Taylor, head of content at BBC Children's, said the team is thrilled to have Hardy back.
"It's during challenging times like this that the BBC serves its purpose to entertain the whole of the UK and these new stories are guaranteed to do just that with their themes of long-distance friendship, sharing problems and true courage in overcoming seemingly impossible challenges," Taylor said in statement.
"Bedtime Stories" will air on weekdays at 6.50 pm (local time) on the CBeebies channel, which is also available on the BBC iPlayer.