Romance not candy floss, it's constant exchange of power and emotions: Vijay Varma 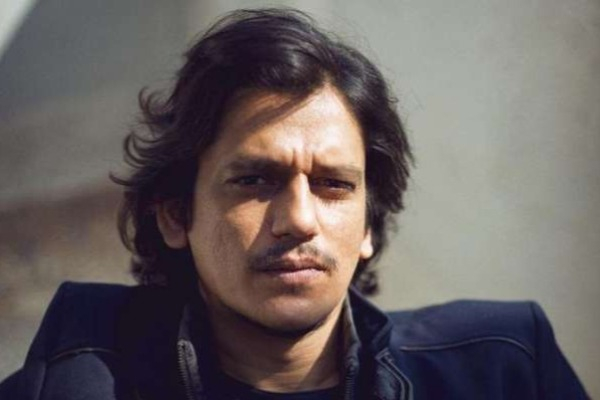 The romance between Vijay Varma and the screen - silver or not - is peaking, but the concept of love stories are not one-dimensional for the actor.

Although he is yet to feature in a romance drama, Varma said relationships are more about the "not-so-good sides" of people.
"I don't see romance as candy floss or white as we show in a lot of films. Relationships are about self-discovery. There is a give and take, constant exchange of power and emotions... I I get drawn to stories that represent life. I've been a great fan of writers such as Manto, Ismat Chughtai and Gulzar sahab.
"That's where I find the magic and tendency to connect with one another, with all our goods and bads... It makes it much more enriching and beautiful for me than the candy floss," the actor told PTI in an interview.
Zoya Akhtar's 2019 hip hop drama "Gully Boy" was said to be Varma's 'breakout' performance. The actor has gradually grown his fanbase with his turn as Sasya, the lewd, psychopathic narcotics dealer in "She" where he embarks on a complex relationship with series lead Aaditi Pohankar's Bhumika Pardesi.
Co-written and created by Imtiaz Ali, "She" follows Bhumika, a timid Mumbai constable who realises the potential of her dormant sexuality after she goes undercover to expose a drug ring.
Varma, who has a soft corner for grey roles, said getting so much love for such an "evil" character really stumped him.
"I didn't expect this kind of a response. What happens with him in the series was like cause and effect, like 'Crime and Punishment' in my mind, it was justice in a strange way. So with the people's response I feel maybe he redeemed himself in the show. Maybe people forgave him for his menacing acts," he wondered.
On the reaction to Sasya's fate, Varma teased, "I'm sure Imtiaz will give a surprise in season two or so. Trust me he has conceived this and he will do something."
The actor said Pohankar and he playing off each other was more of a "conscious choice" for the both of them.
"We thought there has to be some electricity between us. Even when we're not in physical proximity, there has to be a deep sense of sexual tension, a push and pull happening. Which is something that I found to be an extremely interesting process for me.
"The fact that it was palpable is something that makes me very happy. I found it very gratifying to be able to transfer to the audience, something that I had not done before. That I gave myself a challenge and it worked," he said.
The actor has been doing diverse roles since his 2012 debut "Chittagong" and for him it's about bringing alive that one twisted person he saw somewhere, that cousin of his or a shady peddler he saw.
"Every character I do, it in itself creates so many new interests in me," he added.
His latest outing is Zee5 film "Bamfaad", in which he plays Jigar Fareedi, his "most noble character who carries a certain gravitas".
"Now I'm telling filmmakers that they better give me bigger roles because people really want to watch what I have to do," he quipped.
Varma is also set to lead a Hotstar miniseries tentatively titled "OK Computer", which is developed and conceived by "Ship of Theseus" director Anand Gandhi.
"It's a miniseries but it's grand. I play a police officer in the future. It is something that has never been attempted before in India -- it has sci-fi, comedy and mockumentary.
Next up for Varma are Reema Kagti's Amazon Prime Video series "Fallen", Mira Nair's series adaptation of "A Suitable Boy" for the BBC which offers an understanding into the post colonial India and the film "Hurdang", set against the backdrop of Mandal Commission.