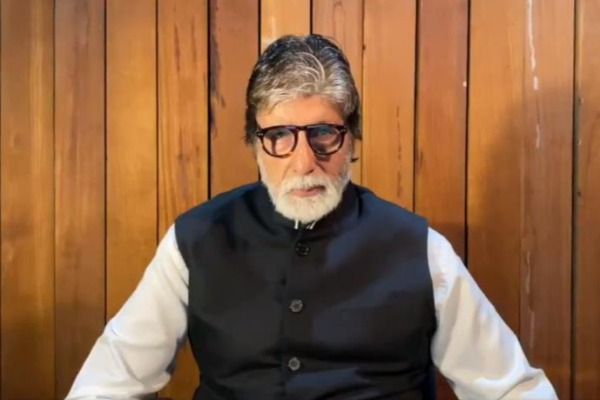 Megastar Amitabh Bachchan on Thursday said he has undertaken the distribution of 2,000 food packets for lunch and dinner at various locations across the city for those hit by the lockdown due to the coronavirus pandemic.

The 77-year-old actor said along with these packets, the efforts of providing around 3,000 bags of monthly provisions are also on.
"On the personal front, 2,000 packets of food are being given each day for lunch and dinner at various locations over the city and the larger bags of a monthly provision, about 3,000 bags, which would take care of at (least) 12,000 mouths is in process," Bachchan's wrote on his blog.
The actor said locations such as Haji Ali Dargah, Mahim Dargah, Babulnath Temple, the slum in Bandra and a few other slums in the interior north of the city will benefit from the initiative.
However, getting the provision to reach the needy was "an exercise", the actor hopes something would work out soon.
"The process has its problems. The lockdown has now made it illegal to step out of the house and living areas. So even though I have been able to get the bags ready its transportation causes problems," he said.
"The authorities are saying that when the package arrives, people, specially those in the slums for whom the material is specially packed (and who) have not eaten for 3-4 days, they rush for the vehicle to pick up their package, which almost causes a stampede and the Police cannot allow that to happen with the conditions of social distancing," Bachchan added.
The actor said he personally insisted that wherever the food is being distributed, proper lines are formed so that the precautionary guideline of social distancing is followed to the T.
"The volunteers, thank the Lord are working tirelessly in extreme conditions to make sure of its proper functioning. It is a tough task but what can be done, the cues are large and with each passing day are getting bigger and bigger," he said.
Bachchan recently pledged monthly ration to support 1,00,000 households of daily wage workers belonging to the All India Film Employees Confederation amid the pandemic.
Following up on the same, the actor said the process has begun and he is monitoring it.
"Hopefully within a few days the data that has been provided to me should bring succour to 1,00,000 families over the entire work force, for a month. If each family average can be taken as 4, then 400,000 mouths are being fed with the bare essentials of food and provisions," he said.
"It is a massive exercise but the efficiency of retailers and the body that monitors the data at Association level shall get into driving mode and execute this gesture from all of us," he added.