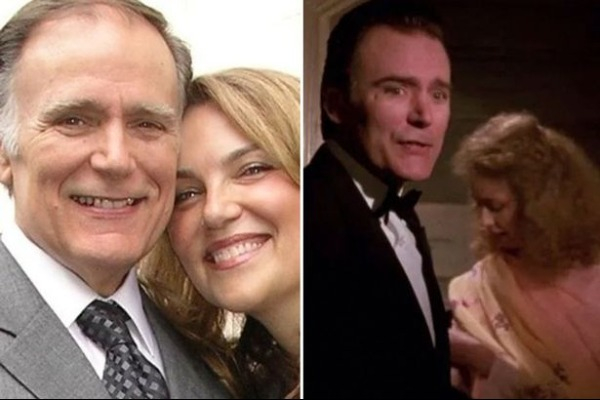 Actor Vincent Marzello, best known for playing the father of the young protagonist in the 1990 adaptation of Roald Dahl's book "The Witches" has died, his wife, actor Lorelei King, announced. He was 68.

King shared the news on her Twitter account on Tuesday.
"The love of my life, my darling husband Vincent Marzello, died this morning.
"To those who knew him, I am sorry to post the news rather than contact you personally, but I am overwhelmed. My heart is broken," the "Notting Hill" actor wrote alongside a picture with him.
While King didn't reveal the cause of death, it is known that Marzello was diagnosed with dementia while being treated for cancer in 2009.
According to The Hollywood Reporter, Marzello is most remembered as Luke's (Jasen Fisher) ill-fated dad in the dark fantasy "The Witches", starring Anjelica Huston and Mai Zetterling.
The late actor also lent his voice to the character of Farmer Percy Pickles and other characters alongside King, who played Wendy, on the British-based animated series "Bob the Builder".
A Brooklyn native, Marzello also appeared in the James Bond films "The Spy Who Loved Me" (1977) with Roger Moore and "Never Say Never Again" (1983) with Sean Connery.
His feature credits also include "Superman" (1978), "A Kid in King Arthur's Court", "Laws of Attraction" (2004) and "Planet 51", the 2009 animation.