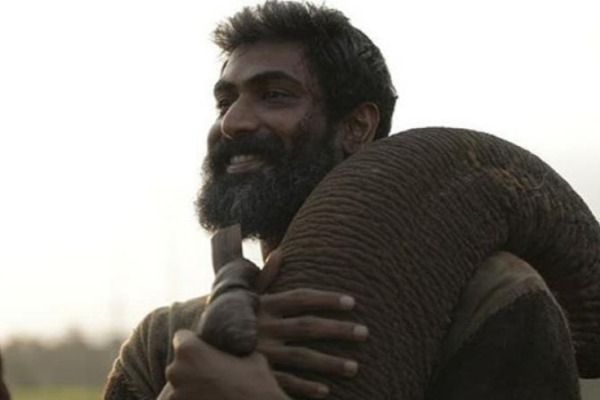 Actor Rana Daggubati's upcoming action spectacle "Haathi Mere Saathi" has been postponed due to the coronavirus outbreak across the country, the makers announced on Monday.

Directed by Prabhu Solomon, the movie was scheduled to have a nationwide release on April 2 in Hindi, Tamil and Telugu.
In a statement released by the producers, Eros International, the makers said the decision was taken in the interest and well being of everyone involved.
"In light of recent developments of COVID19 Coronavirus, our recent announcement regarding the scheduled release of 'Haathi Mere Saathi', 'Aranya' (Telugu title) and 'Kaadan' (Tamil title) stands changed.
"In solidarity with our partners, exhibitors, distributors and audiences, we pray for health and happiness of all and as we are monitoring the situation, we do hope that we come back with a new release date soon. Sincerely, the entire cast and crew that worked tirelessly to bring this story to you," Eros said in a statement.
The outbreak has led to the shut down of theatre, malls, schools and gyms in Kerala, Delhi, parts of Maharashtra, Jammu and Kashmir, Karnataka, Tamil Nadu and Uttarakhand and Haryana.
Events, film shootings and awards show have also been cancelled.
On Saturday, actor Shahid Kapoor announced that the team of his upcoming film "Jersey" has decided to suspend the shoot of the film to curb the spread of the novel coronavirus.
Yash Raj Films also delayed the release of Dibakar Banerjee-directed "Sandeep Aur Pinky Faraar".
Akshay Kumar-starrer "Sooryavanshi" has been pushed indefinitely and Tillotama Shome's film "Sir" has been postponed.
The release of Hollywood movies "A Quiet Place 2", "Mulan" and new James Bond film "No Time to Die" has also been delayed.
However, makers of "Angrezi Medium", starring Irrfan, Kareena Kapoor Khan, Radhika Madan and Deepak Dobriyal, went ahead with the scheduled release of the film on Friday.