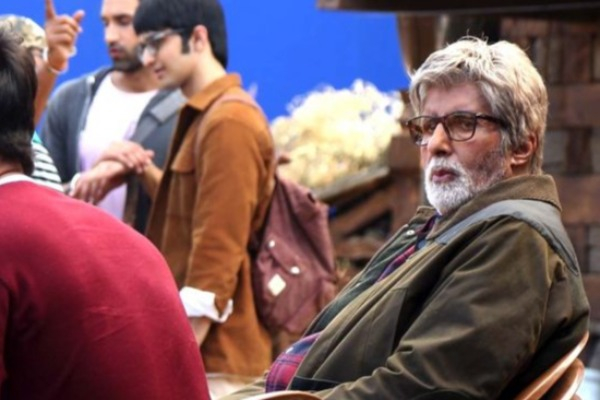 Megastar Amitabh Bachchan has completed the shooting of the upcoming film "Brahmastra".

The 77-year-old actor shared the update on his blog on Saturday.
"So they tell me it's a 'film wrap' for me on 'Brahmastra'... and as is the norm the unit applauds and everyone embraces and the good byes are done... at times they set off some confetti guns... it's the done thing they say...
"Really... ? Sounds more like 'thank God, good riddance... good riddance of the actor... Had enough of him," Bachchan wrote.
He also shared some on-set photos with co-star Ranbir Kapoor and director Ayan Mukerji.
"Brahmastra" will be a three-film fantasy adventure series, produced by Karan Johar's Dharma Productions.
Also starring featuring Alia Bhatt, the first part will see Ranbir play Shiva, a man with special powers. It also features south star Nagarjuna and Mouni Roy.
The long-in-the-works film is slated to be released later this year.