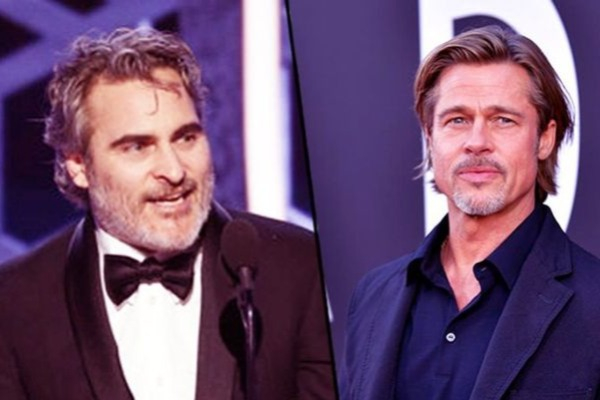 The Golden Globes, which kickstart the awards season in Hollywood by recognising the best in both cinema and television, were hosted by Ricky Gervais.
Besides Phoenix and Pitt, who have consolidated their Oscar campaign with the win at the Globes, Renee Zellweger ( Judy ) bested others in the category to win the best actress in a drama category while Laura Dern took home the trophy for the best supporting actress for her role of a lawyer in "Marriage Story".
The best actor and actress winners in the musical or comedy category were Taron Egerton ("Rocketman") and Awkwafina, ("The Farewell").
Quentin Tarantino's "Once Upon a Time in Hollywood" was adjudged the best motion picture musical or comedy over "Dolemite Is My Name", "Jojo Rabbit", "Knives Out" and "Rocketman".
Tarantino won the best screenplay for the period revisionist drama though he lost to Sam Mendes ("1917") in the best director category.
Korean filmmaker Bon Joon-Ho's "Parasite" was named best motion picture foreign language.
In the animation category "Missing Link" was the surprise winner over "Frozen 2", "How to Train Your Dragon: The Hidden World", "The Lion King" and "Toy Story 4".
In the television category "Fleabag" was the predictable winner by taking home the awards for the best television series musical or comedy and the best actress for actor-creator Phoebe Waller-Bridge.
Olivia Colman won the best actress trophy for TV Drama for her role in Netflix's "The Crown".
HBO's "Succession" was named the best television series drama at the ceremony, taking place in the Beverly Hilton in Beverly Hills.