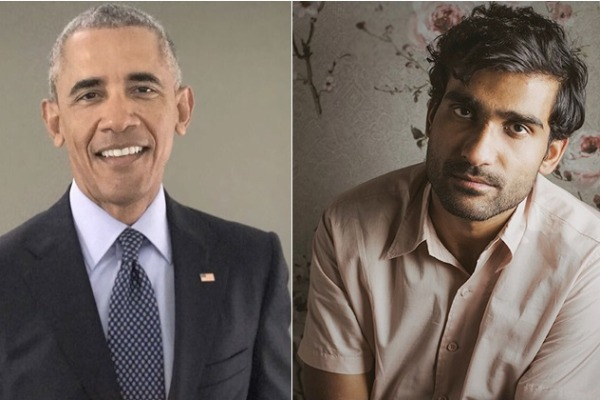 Indian singer Prateek Kuhad's song "cold/mess" has made it to former US President Barack Obama's favourite music of 2019 line-up.

The list, shared by Obama on Twitter on Monday, has 35 songs which includes "Hello Sunshine" by rock legend Bruce Springsteen, "Show Me Love" of Alicia Keys featuring Miguel and "Go" by the band Black Eyed Peas.
"From hip-hop to country to The Boss, here are my songs of the year. If you're looking for something to keep you company on a long drive or help you turn up a workout, I hope there's a track or two in here that does the trick," the ex POTUS captioned the list.
Featuring actors Zoya Hussain and Jim Sarbh, Kuhad's "cold/mess" featured on number 22 and the Delhi-based singer said he was honoured by the gesture.
"This just happened and I don't think I'll sleep tonight. Totally flipping out. I have no idea how 'cold/mess' even reached him but thank you @barackobama, thank you universe. I didn't think 2019 could've gotten better, but damn was I wrong. What an honour," Kuhad replied on Obama's tweet.
Sarbh also gave a shout-out to the singer on Twitter.
Previously, Obama shared his favourite movies and TV shows of 2019, and the list includes Phoebe Waller-Bridge's "Fleabag" season two, limited series "Unbelievable", Martin Scorsese's "The Irishman" and Korean filmmaker Bong Joon-ho's genre-defying class drama "Parasite".