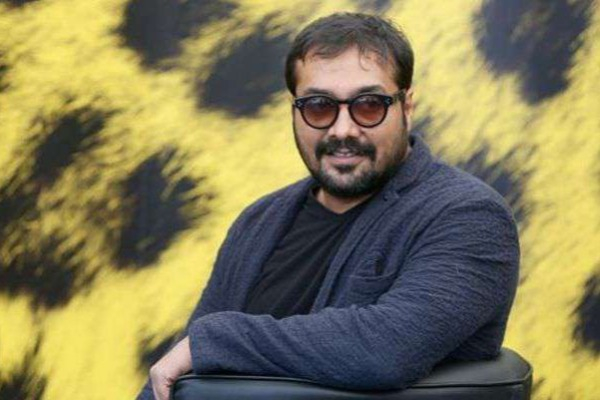 By the time director Anurag Kashyap was 14, he had read works of acclaimed crime authors inside out and his fascination for the genre eventually spilled into the stories he chronicled on the big screen.

Kashyap, known for directing films such as "Black Friday", "Dev D", "Ugly", "Gangs of Wasseypur" series and "Raman Raghav 2.0", believes all great cinema is seeped into the crime genre.
"Cinema was created for crime genre. All great cinema is crime genre. Look at the list of top 100 films, the top 10 would be crime. It's a very cinematic genre," Kashyap told PTI.
"I have been fascinated with the genre since childhood. I have grown up reading 'Manohar Kahaniya'. I read everything of Ved Prakash Sharma, Surender Mohan Pathak inside out by the time I was 14. I see crime as a fun genre. I love the small town pulpiness of it," he added.
The filmmaker said Hindi films have rarely done "pulpy crime stories", the ones which are told with "so much glee", the kind which was made by filmmaker Vijay Anand.
This small town pulp, Kashyap said, he "accidentally" captured in his acclaimed "Gangs of Wasseypur".
"I captured that by mistake. 'Andhadhun', 'Ek Chalees Ki Last Local', 'Delhi Belly' were urban pulp, which nobody has done before. I've done village pulp with 'Gangs'. The pulp, the fun, has been explored less."
Citing the example of Sriram Raghavan's National Award winning "Andhadhun", Kashyap said it is a film that can only be set in an urban city like Pune.
"I know the north very well, but we don't get to do it often. Now, north is associated with repressed sexual comedy. Because we are so repressed in the north, any kind of sexual theme makes us awkward and it has become a genre in itself which Ayushmann is acing. Everything men feel awkward in small towns about, he's acing it."
Kashyap has come on board for "Thriller Factory", an audio show for Audible Suno. The production, helmed by Kashyap, picks crime-soaked stories from Ved Prakash Sharma's works adapted to the shorter format of audio.
Accompanied with music and sound design, each story is voiced by different artistes, including actors Tabu and Nawazuddin Siddiqui.
Tabu said emoting only through voice wasn't an easy feat.
"I had to convey everything through my dialogues, lines, specially the fear, screaming and create that entire atmosphere. To create thrill only through voice was a new experience. It was also an exercise," the actor said.
Nawazuddin said he had to unlearn his film mannerisms of communicating with bare minimum and had to constantly modulate his voice.
"Sometimes it used to feel, 'Is this going overboard?' I wasn't opening up, initially because in films, you aren't melodramatic. Even the director tells you to be minimal. But here I had to open up and do this. It wasn't easy but a lot of fun," he added.