Deepika, Siddhant and Ananya to star in Shakun Batra's next 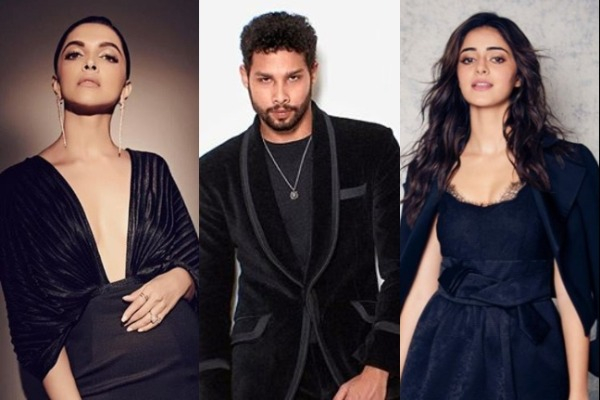 Deepika Padukone, Siddhant Chaturvedi and Ananya Panday have been roped in as the leads in director Shakun Batra's next directorial.

The yet-to-be-titled project will mark next step in Batra's collaboration with producer-director Karan Johar after "Ek Main Aur Ekk Tu" (2012) and "Kapoor & Sons" (2016).
Described as a relationship drama, Shakun said the film will see its character finding themselves "stuck in a morally ambiguous zone".
"I have had a wonderful journey with Karan and his production house for almost a decade now, and I can't wait to get back into the director's chair for my next," the director said in a statement.
Karan and Shakun will produce the film alongside Apoorva Mehta.
"Shakun has directed one of the most acclaimed films of Dharma Productions 'Kapoor & Sons'.
"With this movie, he also turns producer with us. His upcoming directorial is an intriguing relationship drama, which will release on Valentine's Day 2021. I am proud and excited about Shakun's vision as a versatile filmmaker," Karan said.
The film will go on floors early next years with a release date of February 12, 2021.
Deepika is currently awaiting the release of acid attack survivor story "Chhapaak". The Meghna Gulzar-directed movie will bow out on January 10.
Siddhant's next will be "Bunty Aur Babli 2" opposite newcomer Sharvari. The film, produced by Yash Raj Films, will release in 2020.
Ananya, who most recently featured in "Pati Patni Aur Woh", will next star in "Khaali Peeli" opposite Ishaan Khatter. The film has a June release date.