Time to protest on social media alone is over: Farhan Akhtar 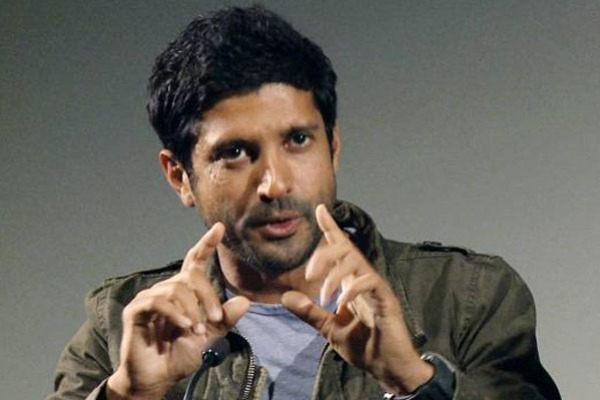 Bollywood actor Farhan Akhtar on Wednesday said he will be hitting the streets to protest against the Citizenship Amendment Act as he believes that the time to express outrage on social media alone is over.

The actor took to Twitter to announce that he will be partaking in a protest to be held on Thursday at August Kranti Maidan here.
"See you on the 19th at August Kranti Maidan, Mumbai. The time to protest on social media alone is over," Farhan said.
The actor also shared an image that sought to explain the ramifications of the Citizenship Amendment Act and the National Register of Citizen (NRC).
According to the amended act, members of Hindu, Sikh, Buddhist, Jain, Parsi and Christian communities, who had come from Pakistan, Bangladesh and Afghanistan till December 31, 2014, and were facing religious persecution, will not be treated as illegal immigrants but given Indian citizenship.
Farhan's response came three days after Delhi Police action against the students of Jamia Millia Islamia University on Sunday. The police entered the campus after a protest against the Act by the students turned violent.
Many from the film fraternity including his father veteran screenwriter Javed Akhtar, actors Mohammad Zeeshan Ayyub, Parineeti Chopra, Sidharth Malhotra, filmmakers Vishal Bhardwaj and Anurag Kashyap, and Hollywood actor John Cusack expressed solidarity with the youth over the police crackdown inside the campus.