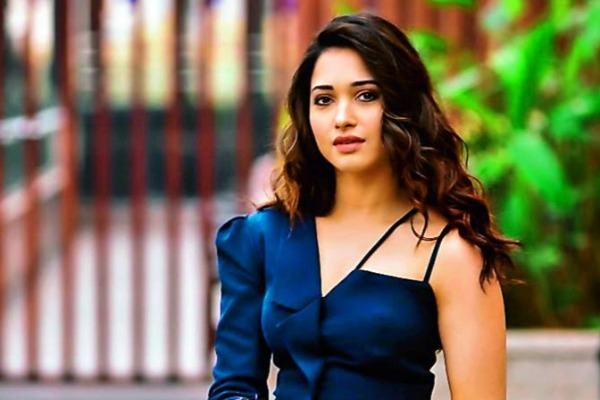 Actor Tamannaah Bhatia has signed a brand-new web series, "The November Story", which marks her debut in the digital space.

The female-oriented web series, which will be streamed on Hotstar, is directed by debutante Ram Subramanian and produced by Ananda Vikatan Group.
It revolves around a father-daughter relationship and features Tamannaah as a daughter trying to salvage the reputation of her criminal father essayed by GM Kumar.
"The OTT platform is also the new playground for accomplished actors like myself looking to break grounds with more challenging roles outside the two-hour cinematic time frame. These are exciting and experimental times in the entertainment industry," Tamannaah said in a statement.
"I love to get under the skin of characters I essay, and hence the longer web series format is the perfect medium to showcase my skills as it is almost like doing five films at one go. There is lots of detailing and one can explore the character in depth... I'm open to exploring more of these opportunities going forward," she added.
Besides shooting for the Tamil remake of Mahi V Raghav's Telugu film "Anando Brahma", Sampath Nandi's yet-to-be titled sports drama and "Sarileru Neekevvaru", Tamannaah will also be seen in the romantic drama "Bole Chudiyan" opposite Nawazuddin Siddiqui early next year.