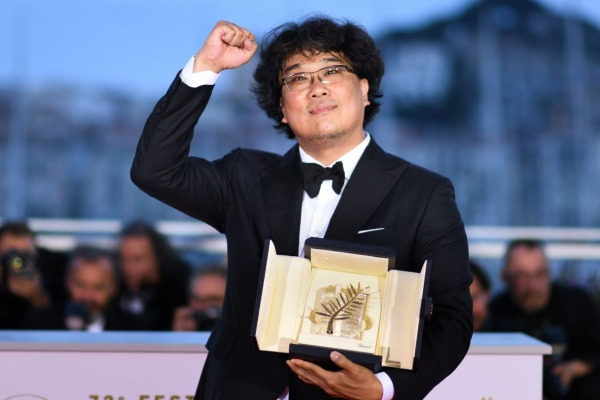 Filmmaker Bong Joon-Ho has an affinity for superhero films but he would still like to maintain a distance from them as he just can't stand people in tight-fitting clothes.

The South Korean director, who is raking in all the critical acclaim for his recent feature "Parasite", told Variety that he understands the concerns of veteran filmmaker Martin Scorsese and his contemporaries like Francis Ford Coppola but he does like certain superhero films.
"I have so much respect for Scorsese and Coppola, and I grew up studying their films. So I fully understand the context of their comments and I respect their opinion.
"But on the other hand, if I look at the films individually, I enjoyed 'Guardians of the Galaxy', James Mangold's 'Logan' and 'Winter Soldier' by the Russo Brothers. There are great cinematic moments in those films," Joon-Ho said.
Scorsese had recently created a storm after he labelled superhero films as "theme park experience" and "not cinema". He was joined by Coppola, Pedro Almodovar and Ken Loach in his criticism of the Marvel movies.
Joon-Ho, however, would not willing be so willing to helm a superhero film as he has a "personal problem" with the genre.
"I have a personal problem. I respect the creativity that goes into superhero films, but in real life and in movies, I can't stand people wearing tight-fitting clothes. I'll never wear something like that, and just seeing someone in tight clothes is mentally difficult.
"I don't know where to look, and I feel suffocated. Most superheroes wear tight suits, so I can never direct one. I don't think anyone will offer the project to me either. If there is a superhero who has a very boxy costume, maybe I can try," Joon-Ho said.
The 50-year-old filmmaker's latest "Parasite", a black comedy, is an audaciously original take on the sharp rich-poor divide and its shocking repercussions in the city of Seoul.
The film was recently announced as South Korea's official entry for the best international feature film category at the 92nd Academy Awards.