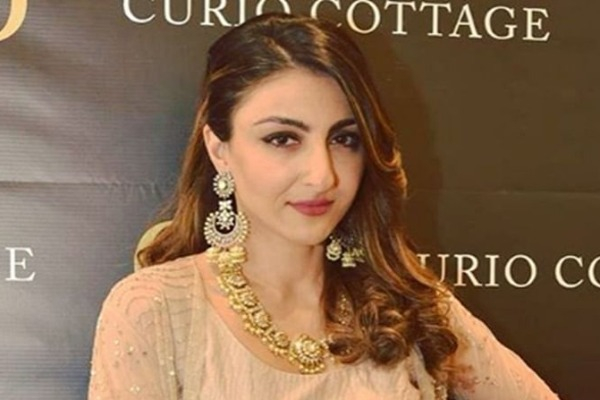 Soha Ali Khan on Tuesday said she will foray into the digital medium with a comedy web-series.

"I am looking forward to starting something in January and it will be 30 or 40 days commitment. I have never stayed this long away from my daughter Inaaya, I will take her with me. It is a comedy in a web-series space. The last couple of episodes are being written. The official announcement will come soon," Soha told PTI.
Soha's brother Saif Ali Khan made his digital debut with Netflix Original's critically acclaimed series "Sacred Games".
Soha believes web shows offer quality and challenging work for talented actors.
"There are different reasons why people do web. When it comes to theatrical distribution there are many risks. A lot of films are releasing on the web directly and web shows are also being made. Because of the digital platform, I had the confidence to say that there will always be work for good actors here."
Soha and her husband Kunal Kemmu are co-producing the biopic on India's renowned lawyer Ram Jethmalani with Ronnie Screwvala.
"The first draft of the script is locked and we are finalising the script. It is a very ambitious project."
The actor was talking on the sidelines of India's first multi-format fun learning app for children between two and eight years, VOOT Kids.
Soha says she would like to write stories for children.
"I want to write stories for children and there is a lot of scope for great stories. These will be relevant modern stories with relevant modern values. I read a lot of old stories and I don't know if they are still right anymore.