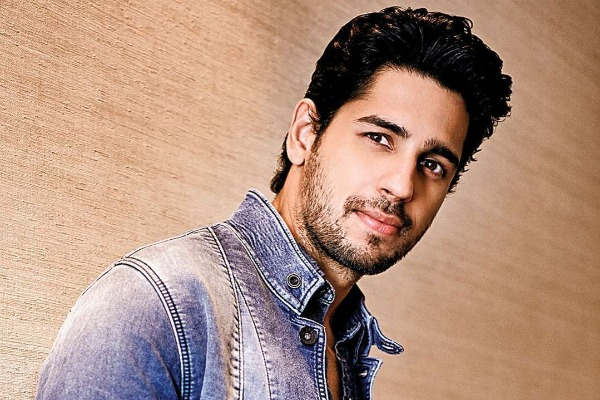 Every failure in life is a learning experience for Sidharth Malhotra, who says it is important to look ahead and not let insecurities creep in.

The actor, who started his journey in movies seven years ago with "Student of the Year" became a blue-eyed boy of the film industry post the success of the Karan Johar film.
But his past few releases -- "Baar Baar Dekho", "The Gentleman", "Aiyaary" and "Jabariya Jodi" -- have not lived up to the expectations.
"Films that don't go your way teach you more. Every film that has not worked well I have learnt something in some department or the other whether it is release date or writing or production or management of release dates.
"I think it is an experience which is beyond my control right now and tomorrow hopefully if I become a producer I will use all of that. I am currently looking at it in a positive way, that I have learnt and understood the importance of different departments of filmmaking," Sidharth told PTI in an interview.
The actor says he wants his films to make money at the box office and cater to the larger audiences.
"It is a business after all, the box office numbers. If there is anything good in a film it doesn't go unnoticed, even if a film doesn't do well and the performance is correct. My take away is the business aspect.
"There is a lot of hunger to get that numbers and cater to a larger audience through 'Marjaavaan' and 'Shershaah'."
Sidharth says he is hopeful and doesn't let the failures affect him.
"When the tide changes then nothing else will matter and people will look at the films doing well. I don't let it affect me, if I do then I will stop learning and I stop functioning due to fear. I want to grow as an actor.
"If you start functioning from fear then that's the end. I try to reduce the fear. My films are distinctly different and I have always tried to do something new. If I was scared then I wouldn't know what to is to be in safe film," he says.