If you're trapped with a bad actor in comedy films, you're gone: Anil Kapoor 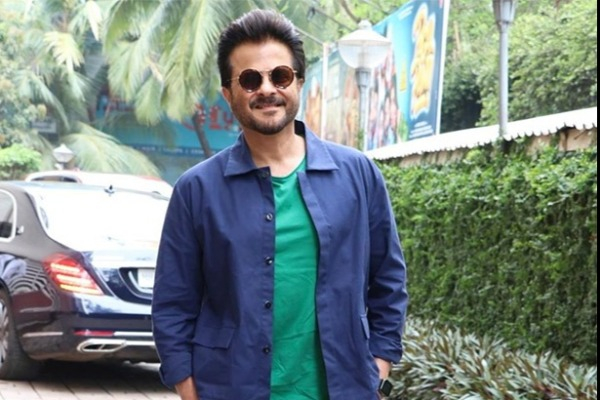 Comedy can turn into a nightmare if an actor is around a bad co-star, believes Anil Kapoor and the actor says it's important to get the right team to nail the genre.

The veteran actor has featured in several blockbuster comedies, including "Biwi No 1", "Welcome", "No Entry" and most recently "Total Dhamaal".
"An actor doing comedy must remember to always work with good co-actors, a director who has good comic sense, a writer who writes good comedy screenplay... Once you choose a script, you've to make sure that the character looks new.
"You have to work hard to add freshness to it. When you are surrounded by great actors, there is a jugalbandi (rhythm) which leads to correct timing. In comedy if you're trapped with a bad actor, you're gone," Kapoor told PTI.
The actor said casting is crucial in comedy films, which often doesn't depend on an artiste's timing.
"Sometimes you cast a correct face for the role - the actor can be a bit here and there on timing and acting but he suits the role, so you add him in the mix with others. Then the public thinks what great work he has done. But he can't do that in the next film."
The 62-year-old actor will be next seen in Anees Bazmee's multistarrer comedy, "Pagalpanti". Kapoor believes one doesn't have to be a funny person to do comedy.
"Anees is a serious person, but internally, there's a funny bone in him. A lot of people are funny in real life but that can't be translated into comedy," he added.
However, what irks him is the "comedy is a serious business" statement used by many artistes.
"I think that also has become a cliche now. Everything is a serious business if you're in this profession. If you don't love your work, you're not serious. When to do a scene seriously and when in the comic way, that's your craft. The dialogue delivery and its pitch and tone, you have to understand that," he said.
The problem for Kapoor arises, he says, when he has to juggle different genres.
This year, he featured in "Ek Ladki Ko Dekha Toh Aisa Laga", a romantic-drama and followed it up with the madcap entertainer, "Total Dhamaal".
The actor almost shot "Pagalpanti" and Mohit Suri's serious drama "Malang" almost back to back.
"There are certain people who only do films like these (larger-than-life comedies) and play a certain role. Then they get trapped in that or go in a comfort zone. I keep on jumping from one genre to the other. I thrive in that. So for me it sometimes becomes more difficult.
"I have to put in more efforts, which sometimes people don't understand. 'Oh why are you doing that much?' they say. But I do that because you (other actors) are doing the same every day in every film. Then the audience says 'he's doing it so good', but he's doing good because for 50 years he's been doing the same."
Also featuring John Abraham, Ileana D'Cruz, Arshad Warsi, Kriti Kharbanda, Pulkit Samrat, "Pagalpanti" is scheduled to be released on November 22.