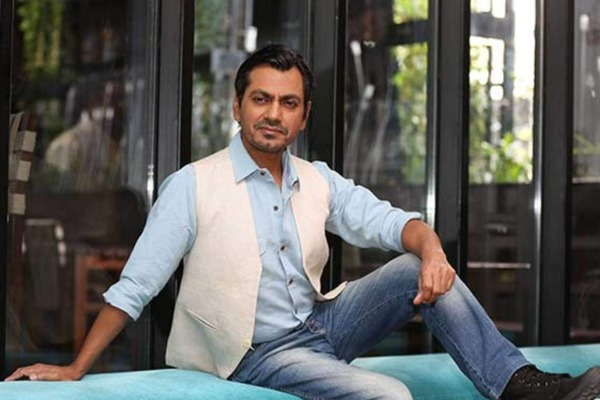 Nawazuddin Siddiqui is taking a break from his brand of dark, gritty cinema and is focusing on romantic-comedies as he wants to reach out to the family audiences.

Nawazuddin's acting career is full of intense roles and "Motichoor Chaknachoor" is his first romantic-comedy. The actor says, the Debamitra Biswal-directed film "challenges the stereotype of a Bollywood hero, who should be tall and handsome".
"My love for romantic-comedies began very early on. For the first time, I am doing something in this space. It has been a desire to do something like this. I have always felt that I am cut for romantic roles, others may not have felt it.
"And so people never offered me something like this primarily because I don't look like a romantic hero. With this film, I feel now that desire is also fulfilled," Nawazuddin told PTI in an interview here.
The actor said "Motichoor Chaknachoor" is a pure romantic film that can be watched by the whole family together.
"It is not like just because I am part of it, so there will be something different. There is nothing new in this, we have used the (romantic) formula. But the film is very interesting. It is not an intense film, it is a light film.
"It is a film that you can see with your family. I wanted to do a film that my daughter can watch. A lot of my films my daughter cannot see it so I did this. It is a family film."
The actor believes romantic stories are eternal and he now wants to explore this genre.
"Romance can never fail because romance is evergreen. There are different seasons of romance. So I am also exploring this space," Nawazuddin, who has two more rom-coms - "Bole Chudiyan" and "Chalta Purza" in his kitty, said.
The 45-year-old actor said he will be focusing on both light-hearted and intense stories.
"I am doing a lot more family entertainer films and I am doing it deliberately. Most of my films are in adult, content space and you can't see that with family. So I have deliberately changed the track, I am doing four-five films like that and at the same time I will do festival films also. I feel it is time for me to do family films."
In "Motichoor Chaknachoor", Nawazuddin is paired opposite Athiya Shetty and the film is scheduled to be released on November 15.