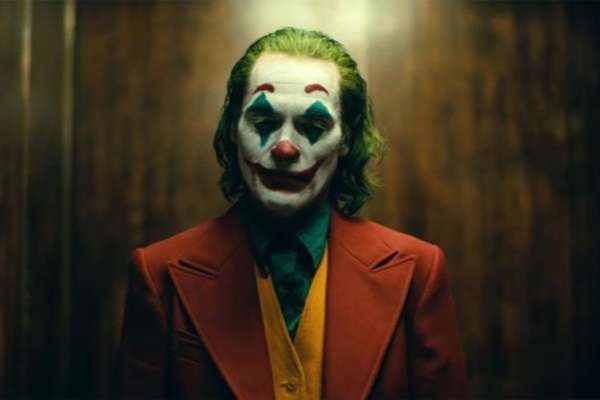 Actor Joaquin Phoenix surprised the audience at the screening of his latest, "Joker" in its opening weekend in Los Angeles.

The actor, whose performance as the titular DC supervillain is garnering major Oscar buzz, stopped by multiple screenings of the film at Alamo Drafthouse in downtown LA, reported Deadline.
Dressed in a dark grey hoodie, Phoenix appeared in the theatre after the Todd Phillips-directed film was screened to meet fans at each cinema hall, answer questions, and click a few selfies.
"I hope you liked it. Don't tell me if you didn't but I feel like you did. I don't want to know. Thank you," Phoenix can be heard telling the laughing audience members who are beyond shocked to see him in a video doing the rounds on social media.
Rated R for its "strong bloody violence, disturbing behaviour, language, and brief sexual images", the film is a 'character study' of Arthur Fleck, a mentally unstable loner whose health begins to decline after Gotham slashes funding for social services, forcing him to abandon his therapy sessions, making his medications inaccessible and turn into The Joker.
Security concerns over the movie's theme, some of the cinema halls are not screening "Joker", along with authorities stepping up police patrols around theatres.
Despite criticism, the film has earned a record estimated USD 93.5 million in its first weekend in North American theatres.