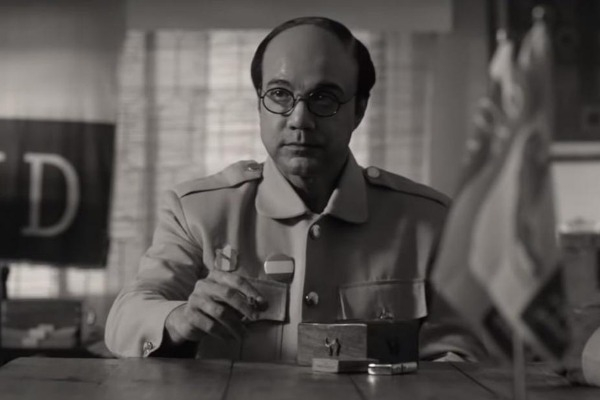 Director Srijit Mukherji has screened the trailer of his upcoming film 'Gumnaami', that has already stirred controversies for delving into theories over Netaji Subash Chandra Bose's 'disappearance', before leaders of All India Forward Bloc, a party founded by Bose.

The film, which got the CBFC clearance in the last week of August, will hit the screens on October 4.
Mukherji, who has faced flak from several members of the Bose family over the film, told reporters he explained to the AIFB leaders that he has sought to project all three theories over Netaji's 'disappearance' in a balanced manner.
The director said he did not portray Gumnaami Baba, a hermit spotted in Uttar Pradesh's Faizabad in the 1970s, as Netaji Subhash Chandra Bose.
"Senior AIFB leaders have seen the trailer and have agreed to see the premier of the film. A 20-member AIFB delegation will decide whether 'Gumnaami' hurt the sentiments of the people and followers of Netaji," Mukherji said.
Senior AIFB leaders Naren Dey, Haripada Biswas, Debabarata Biswas, Naren Chatterjee were present at the screening on Sunday at the state party headquarters.
"We have watched the trailer but everything can't be understood in the preview of a film," Chatterjee told PTI.
He said the party leadership heard Mukherji's argument that the film referred to the three theories but he did not seek to project any one of them, leaving it for the audience to decide.
"But if there is any effort to denigrate Netaji or spread misinformation about our icon, we will strongly protest against it," he said.
Chatterjee said the party secretariat will take a call on the invite to attend the premier.
Last week, a statement signed by 33 members of the Bose family had contended that "a misleading and defamatory campaign was being made to malign the image and legacy of the legendary leader".
Among the signatories were Netaji's daughter Anita Pfaff, niece Chitra Ghosh, grandnephew and BJP leader Chandra Bose, nephew Dwarkanath Bose and niece Krishna Bose.