I don't care about getting older anymore: Salma Hayek 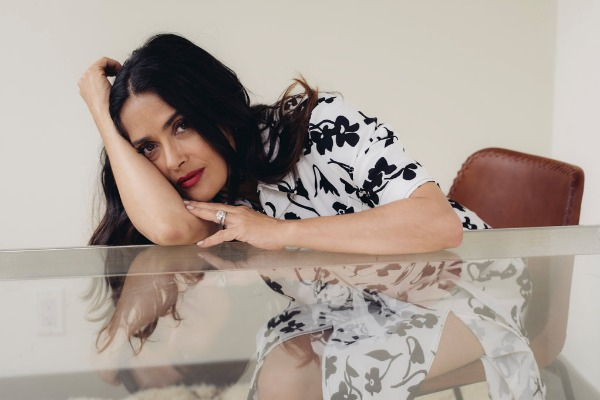 Salma Hayek says age is no longer a concern for her. The actor, who was the first Latina to grace InStyle magazine's cover in 1998, said she then used to worry about turning 30.

"I shot my first InStyle cover when I was 29, in 1998. It's very dear to me because I was the first Latina on a 'What's Hot Now' issue. What I remember most about my 20s is that I didn't want to be 30.
"In America they used to tell actresses they expired at 30. That's why I was scared. Now I don't care about getting older. When I turned 40 and then 50, I didn't mind at all. I am just so happy that this cover exists as evidence that there was once a time when I could go braless. That doesn't happen anymore," Hayek told the fashion magazine's for its 25th anniversary issue.
The 52-year-old actor recalled she was doing well in the Mexican soap circuit but took a risk to pursue her Hollywood dream.
"Looking back at my career, I realise how big of a risk it was to come to the United States in the first place and start again as an actress. I could have stayed doing soaps in Mexico -- I was doing really well there.
"But my dream was to do film. And I'm a big risk-taker. I've learned that when you have clarity about what you really want in life and you commit to giving it your best, things usually work out for you in the end," Hayek said.