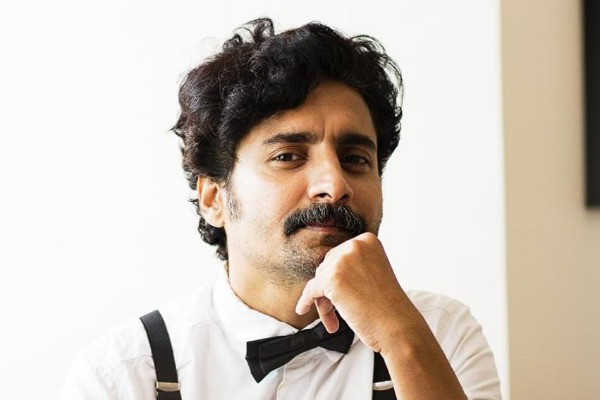 Chandan Roy Sanyal says his endeavour is not to become "famous" as he wants to be regarded as a good actor.

The 39-year-old actor, who has been a part of acclaimed films like "Midnight's Children", "Kaminey", "D-Day" and "Chef", said as a performer he would always choose challenging parts over big banners.
"I never wanted to become the most famous actor in the world. I never realised I will come this far. As a human being, you do get carried away. But that childlike energy should be there when you spot a famous director or writer or actor you are excited to work with.
"I have bigger goals. Instant gratification is not my thing. A big film or big house or car was never my aim it was never earlier and it is not there even now. I feel lucky and gratified finding magic in a scene. I find happiness in getting exciting and challenging roles," Chandan told PTI in an interview.
He got the critics raving about his performance and audience loved him too in Shahid Kapoor Priyanka Chopra starrer "Kaminey". In the Vishal Bhardwaj-directed film, Chandan played the role of Mikhail, Shahid's quirky friend.
The actor said he never expected his portrayal of Mikhail to receive such positive reviews and is happy that people appreciated his acting abilities.
"When I did 'Kaminey' I had no idea what I was going to become. I had thought once the film releases I will have Vishal Bharadwaj's film on my resume. I did not expect the audience will like me and famous filmmakers will call me for work and that I will have a career in films.
"Today I am in a place where people appreciate me as an actor, I feel good about it. The intention is to keep it fresh, be new, be it like never done before with each of your performance," he said.
Chandan said he does not want people to judge him on the basis of the money his film makes.
"People have to keep giving successful films to be in the business. I have been acting for ten years, I have done 14 films. I haven't had biggest hit after 'Kaminey' or my role went through the roof. It never happened after 'Kaminey' but there is a constant small wheel of appreciation.
"Also, I have never failed as an artist. I am not dependent on the fate of a film at the box office. It is not in my control, what is in my control is my craft," he added.
The actor, however, hopes to play a lead in a full-fledged film.
"I wish one day I get a film where I have to work for two hours and create that magic. I keep waiting for that one role where I can use my craft and create magic."
Chandan will be seen next in "Jabariya Jodi". The actor plays the role of a local goon, who along with Sidharth Malhotra kidnap men.
The film, also starring Parineeti Chopra, is directed by Prashant Singh and backed by Ekta Kapoor. It will release on August 2.