Rajkummar Rao on romancing ghosts, experimenting and not taking it easy 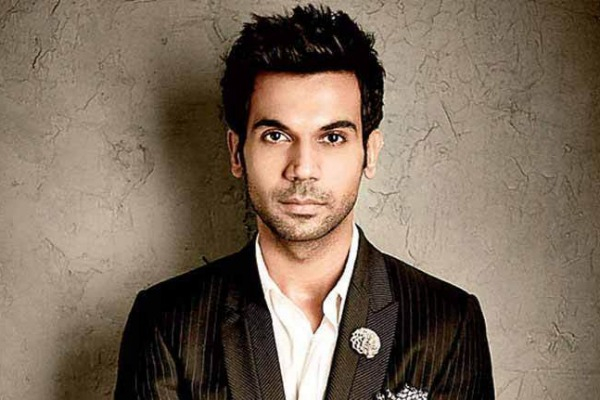 If you think you have seen it all, wait for Rajkummar Rao's next. Watch the film, sleep and repeat. As fascinating as the process might be for a viewer, the versatile actor says navigating different characters with every film doesn't come naturally to him, but it is a risk worth taking.

After tickling the funny bone in 2018's blockbuster "Stree", Rao is gearing for his second release this year, "Judgementall Hai Kya", in which he will be seen channelling a man with swag -- muscles, beard and piercing. His first release this year was "Ek Ladki Ko Dekha Toh Aisa Laga".
Rao's funny yet sensitive playwright Sahil Mirza of "Ek Ladki" has given way to a crackpot casanova in Judgmentall Hai Kya's Keshav.
"I'm still exploring what all bones are there in my body. When I did 'Omerta', I didn't know that I could be so dark inside, in this one I didn't know I could be this swag guy.
"You surprise yourself by playing such characters. That's the whole fun of being an actor. I think it was more about the way my character was written in the 'Judgementall Hai Kya' script. I just had to play it honestly, so the credit goes to the script," he told PTI in an interview here.
Directed by Prakash Kovelamudi, the film is a whodunit written by Kanika Dhillon.
The actor has a slate of diverse line-up of films coming up -- "Made in China", "Turram Khan" with frequent collaborator Hansal Mehta, "Roohi Afza" and Anurag Basu's untitled anthology.
He is enjoying the ride but not taking it easy, he said.
"What I'm liking about doing all these films is that I'm adding some new element to my characters. I don't want people to feel that they have seen this stuff earlier. I'm pushing myself, it's risky but I'm enjoying it. I'm not just taking it easy, it's not coming naturally to me, but it's a lot of fun."
"Made in China", which releases this year, revolves around a struggling Gujarati businessman (Rao) and his bizarre journey to success. Mouni Roy is the female lead who plays his feisty wife.
"A lot of people have seen the film's cut and I can't wait for the people to watch the film. It's a very special film, made with a lot of heart," he added.
"Turram Khan" will be the kind of film the audience doesn't expect his pairing with Mehta to deliver, the actor promised.
"We like a story and we follow it. We don't really connect too many dots. People don't expect us to do a film like 'Turram...' which is a socially relevant film that is light-hearted. They expect a certain kind of serious dramas from us.
"The kind of work Hansal sir and I have done together, this one is in a very different space. It's a small town-based aspirational story. It should be out this year too."
On the film with Basu, Rao said he "pushed" himself to the limits for this project.
"I've tried something very new and it's a space I'm not really comfortable in. But I want to see how it turns out. It's a simple story but Basu is a genius. He just gave me a one-line idea about the character - 'what about this?' and it helped me so much," he said.
The National Award-winning actor, who is simultaneously shooting for "Roohi Afza" in Agra, said the challenge with his next horror comedy is how to make it different from "Stree".
The scripting of "Stree 2" is underway as a part of producer Dinesh Vijan's vision of a horror comedy universe.
"People are waiting for the 'Stree' sequel. We are very excited about the new genre that we have tasted and now 'Roohi Afza, and many more such films in the horror comedy universe. I am excited because I'm going to be a major part of that universe," he said.
"I want to be the guy who falls in love with a ghost," he quipped.
"Judgementall Hai Kya' is Rao's third feature film collaboration with Ekta Kapoor's Balaji Telefilms. They earlier collaborated on ALTBalaji web series, "Bose: Dead/Alive" (2017).
He said Ekta is family to him and working with the banner is like homecoming.
"Ekta has played the most important part in my life. My first two successful films, both 'Ragini MMS' and 'LSD' were with her. I share a great rapport with her. She is family.
"She is someone whom I will call whenever I'm in trouble and I know she would be there and it's vice versa. They are all really young bunch of talented people whose only focus is to how to make their film reach out to the audience."
There were reports that he was also set to collaborate with Karan Johar but the actor said everything is up in the air for the time being.
"Karan and I are very keen on working with each other. But I haven't really signed anything as of now. Also, I don't think it happens these days that you sign a three-film deal with banners, especially with actors. Maybe it still happens in case of directors.
"I have never gone for signing a two or three-film deals with production houses. We share a script, we like it, we end up doing it, that's how it works. But I would love to work with him. We've been talking to each other for a while now. It should happen late next year," Rao said.
"Judgementall Hai Kya" is scheduled to be released on July 26.