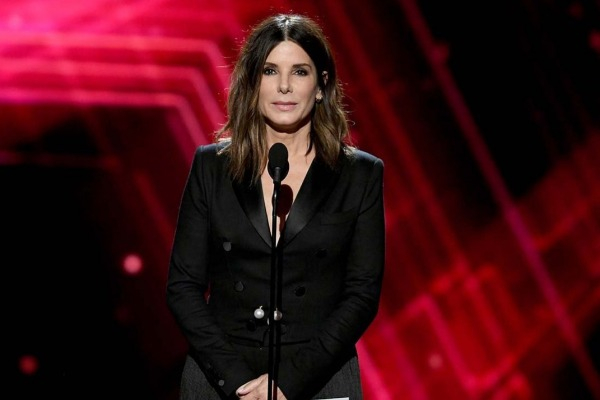 Sandra Bullock is the latest Hollywood celebrity to demand equal pay for US women's national soccer team, following their win against the Netherlands at the recently concluded World Cup.

According to The Hollywood Reporter, the Oscar winner presented the "best team" award to the Carli Lloyd-Megan Rapinoe-led squad at the 2019 ESPY Awards on Wednesday.
Before handing over the mic to Llyod, Bullock said, "All those in favor of equal pay, say aye," which led to a roar of "Equal Pay!" from the audience.
Lloyd and Rapinoe, who has been particularly outspoken about the issue, kept their remarks short.
Llyod said the team has been on an "incredible journey" these last few months and thanked their supporters from all around the world.
"Super proud of all these 22 fabulous ladies. Thank you so much and here's to the next world cup in another four years," she said.
Rapinoe kept it light, saying she would spare the audience "an F bomb" which has dropped on every stage she has been on in the last three days.
"Thanks for having us, everyone. Have an amazing night," she added.
Host for the evening, Tracy Morgan also sent a message by ending the awards show, reiterating Bullock's call for equal pay.
Earlier this year, the current members of the US women's soccer team filed a lawsuit against US Soccer Federation, their governing body, alleging years of "institutionalised gender discrimination".
The team is seeking equal pay with their male counterparts, who could not make it to the 2018 World Cup.
Other Hollywood names like Snoop Dogg, Ava DuVernay and Regina King too pushed for the right to equal pay for the women's team after congratulating them on the win last week.