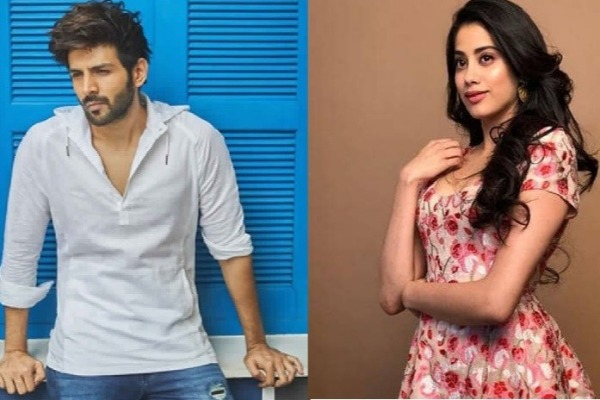 Producer Karan Johar has roped in actors Kartik Aaryan and Janhvi Kapoor to the play the leads in the much-awaited sequel to 2008 blockbuster "Dostana".

The first film, directed by Tarun Mansukhani and featuring Abhishek Bachchan, John Abraham and Priyanka Chopra in the lead, was a major box office and critical success for the producer.
The story follows two men who pretend to be gay to share an apartment with a girl with whom they eventually fall in love.
The sequel will be directed debutant filmmaker Collin D'Cunha and the makers will be soon announcing another male lead for it.
"I am excited to take the Dostana franchise forward with Kartik and Janhvi, and can't wait to create some desi boy-girl madness with them. This is Dharma Productions' first film with Kartik and we are looking forward to working with him.
"We will also be introducing a new male lead, who will join the incredible talent at our production house. Collin D'Cunha also makes his directorial debut with 'Dostana 2'," Karan said in a statement.
The project marks yet another collaboration between Janhvi and Karan. The actor, who made her film debut with the filmmaker's 2018 production "Dhadak", will also be seen in his upcoming directorial "Takht".
Kartik will next star in "Pati, Patni Aur Woh", opposite Bhumi Pednekar and Ananya Pandey. He also has Imtiaz Ali's yet-untitled next with Sara Ali Khan.