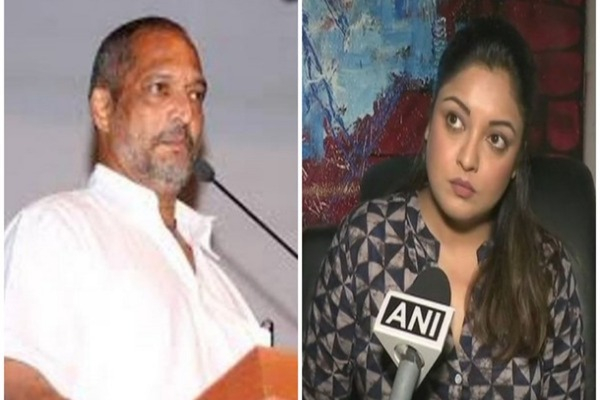 In a relief to actor Nana Patekar, Mumbai Police has informed a local court that it has no evidence to prosecute him in a molestation case lodged against him by actor Tanushree Dutta.

Dutta, whose complaint against Patekar in October last year sparked a nationwide '#MeToo' movement on social media, expressed disappointment over the "clean chit" to him and called the police and the legal system "corrupt".
The suburban Oshiwara police on Wednesday filed a 'B Summary' report before a metropolitan magistrate in Andheri, Deputy Commissioner of Police Paramjit Singh Dahiya told PTI.
A 'B-Summary' report is filed when police do not find any evidence against the accused to file a charge sheet and seek trial.
The magistrate court is yet to pass an order on the closure report. Before accepting or rejecting the report, it will hear arguments of all parties concerned.
Dutta, in a statement issued here, said she is neither "shocked nor surprised". Her lawyer said they will oppose the police report and even move the high court against it.
"A corrupt police force and legal system giving a clean chit to an even more corrupt person Nana who has been accused even in the past of bullying, intimidation and harassment by several women in the film industry," the actor said.
Patekar had denied the allegations against him.
Dutta said she failed to understand how the 'B summary' report was filed when statements of witnesses were not yet recorded.
"Our witnesses have been silenced by intimidation, and fake witnesses have been put forth to weaken the case. What was the rush to file a 'B summary' report when all of my witnesses have not even recorded their statements yet?" she asked
"I'm neither shocked nor surprised, being a woman in India this is something we all have got used to. If rape accused Alok Nath got a clean chit and returned to movies, then surely it was not going to be difficult for harassment accused Nana Patekar to get himself, or shall we say buy himself, a clean chit to continue to bully hapless young women," she said.
She said despite a 10-year-old video of her being attacked in full public view, justice was not being delivered.
"...But the proof is often in the pudding and a gentle reminder to the Indian public to watch the video of my car being mercilessly attacked and broken while I and my family tried to escape from these monsters on 'Horn ok Pleasss' set 10 years ago.
"After this, if you still decide to watch their movies and support then it's your bad karma. You are corrupt people with no justice, but God's justice will rain on you someday hopefully and will avenge for all the humiliation, insult, harassment, judgment and trauma I have had to endure in the last 10+ years because of this attitude," she said.
The 35-year-old actor said she was tired of fighting a lone battle against corrupt system. "...That is my hope finally, for a life without hope is like a candle without fire. I pray that I never have to deal with this kind of toxicity ever again in life. I am tired of fighting alone against oppressors, bullies and a corrupt system," she said.
Dutta said the "clean chit" given to Patekar should not deter women from sharing their #MeToo stories in public.
"I have better things to do in life with my talent and skill set and I need to focus on those, but please don't take this example to mean that you will not be heard when you speak up!!" she said.
"Continue to expose these creeps through social media and other platforms so that in future people would think twice before troubling an innocent young girl. I still believe that I will get justice and victory will be mine!! How..only time will tell," she concluded.
While Patekar's advocate Aniket Nikam welcomed the move, Dutta's lawyer Nitin Satpute claimed the police did not conduct a proper probe.
Nikam claimed all allegations against Patekar were false since the inception. "Truth has the tendency to surface no matter how much one may want to suppress it. My client is innocent and justice will be served," he told PTI.
Satpute, however, said neither he nor Dutta received any official information from police.
"The police report is not final. We can oppose it and after hearing us, the court, if satisfied, can direct the police to re-investigate or conduct further probe," Satpute said.
He also alleged that the police acted "negligently" to protect Patekar. "The police have not done proper investigation, so we are opposing the summary report and are also going to file a writ petition before the Bombay High Court," he said.
Dutta filed a complaint against Patekar in October 2018 in which she accused him of harassing and misbehaving with her while shooting a song on the sets of the film "Horn Ok Pleasss" in 2008.
She also alleged that during the shooting of the song sequence, Patekar inappropriately touched her even after she clearly mentioned that she would not perform lewd, vulgar or uncomfortable steps.
Based on her complaint, a case was registered against Patekar and three others - choreographer Ganesh Acharya, the film's producer Samee Siddiqui and director Rakesh Sarang - for allegedly molesting Dutta on the sets of the movie.
The 'B Summary' report will absolve Acharya, Siddiqui and Sarang too of the charges.
The accused were booked under IPC Sections 354 (assault or criminal force to woman with intent to outrage her modesty) and 509 (word, gesture or act intended to insult the modesty of a woman), but no arrest was made so far.