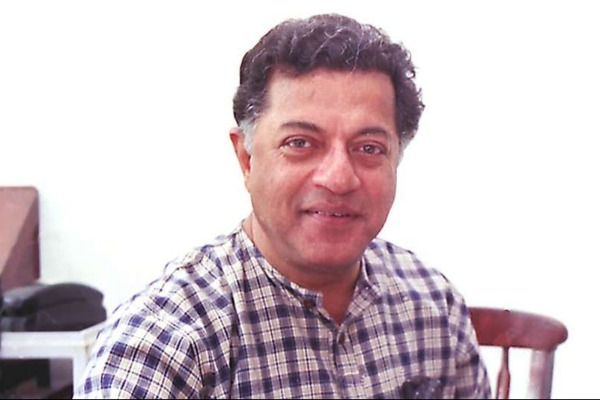 Political leaders, theatre personalities and the artistes from the entertainment sphere on Monday condoled the death of Girish Karnad, saying they will miss the brilliance of the iconic playwright-actor-director and his immense contribution to arts and culture.

Karnad, 81, died on Monday after prolonged illness at his Bengaluru residence. He was a progressive voice that championed the freedom of expression. He worked across industries - Kannada, Tamil, Telugu, Malayalam, Hindi and Marathi.
President Ram Nath Kovind called Karnad's death an irreparable loss to the world of Indian theatre.
"Sad to hear of the passing of Girish Karnad, writer, actor and doyen of Indian theatre. Our cultural world is poorer today. My condolences to his family and to the many who followed his work #PresidentKovind," the tweet by the president read.
Prime Minister Narendra Modi praised Karnad for speaking up about causes dear to him.
"Girish Karnad will be remembered for his versatile acting across all mediums. He also spoke passionately on causes dear to him. His works will continue being popular in the years to come. Saddened by his demise. May his soul rest in peace," the tweet by the PM read.
Politician and CPI (M) general secretary Sitaram Yechury also condoled Karnad's death.
"Heartfelt condolences on passing away of one of modern India's treasures, Girish Karnad. A writer, dramatist, director and actor par exellence. He stood out for his commitment to social upliftment, equality and secularism. It is a huge personal loss too," Yechury tweeted.
South star-turned-politician Kamal Haasan lauded the rich legacy of the veteran writer and director.
"Mr Girish Karnad, His scripts both awe and inspire me. He has left behind many inspired fans who are writers. Their works perhaps will make his loss partly bearable," Haasan tweeted.
Chandrashekhar Kambar, president, Sahitya Akademi said he lost a "very intimate friend" in Karnad.
"He was my colleague. We wrote plays in a very competent manner. He came all the way from Bombay and acted in my play 'Jokumaraswamy'. When he got the Jnanpith Award I celebrated, when I got one he celebrated. I'm very sad," Kambar told PTI.
Choreographer-actor Prabhu Dheva recalls working with him in his 1984 film "Kadhlan" directed by S Shankar.
"He was such a nice person, intelligent and incredibly humble. He was so talented, (he was) the smartest. I still remember shooting the film with him. I remember meeting him often at airports. He always surprised me with his humility," Prabhu Dheva told PTI.
Actor Sonam Kapoor wrote on Twitter, "Rest in peace. I loved his work."
The influence of Karnad's work was massive and spread across a generation of artistes from veteran star Kamal Haasan to the younger, Bollywood actor Ali Fazal said.
"One of my first big production at the Doon School, was #GirishKarnad's 'Hayavadana'. A masterpiece that I got to perform. I remember it so vividly. An extraordinary man. He will be remembered for his unique sense of style and persona. In writing in acting and in life," Fazal wrote on Twitter.
Actor Tisca Chopra recalled how conversations with Karnad on theatre and writing have had a huge impact on her life.
"Deeply saddened at the passing of #GirishKarnad... He was kind to let me rent his house in #Bandra when I first came to Mumbai. Spent many evenings chatting with him about theatre and writing... Those chats had a deep impact on my choices at work.. #RIP dear friend. You will be missed," she tweeted.
Actor Shruti Haasan also took to Twitter and wrote, "May you rest in peace Girish Karnad sir. Your talent humour and sharp intellect will be missed."
Actor Siddharth tweeted, "Rest in peace great sir. #GirishKarnad."
Though he started off his career in cinema as an actor, he is best known as a writer and thinker.
Karnad was one of the most prominent artistic voices of his generation.
He was an eminent playwright with works such as "Nag-Mandala", "Yayati" and "Tughlaq", which was one of the most successfully performed plays, to his credit.
He also worked in Hindi cinema's parallel film movement in movies such as "Swami", and "Nishant".
His TV credits include "Malgudi Days" in which he played Swami's father and a hosting stint in the science magazine "Turning Point" on Doordarshan in the early 1990s.
In later years, Karnad was seen in commercial films such as Salman Khan's "Tiger Zinda Hai" and Ajay Devgn-starrer "Shivaay".