Prohibition not a solution: Ekta Kapoor on demand to regulate digital content 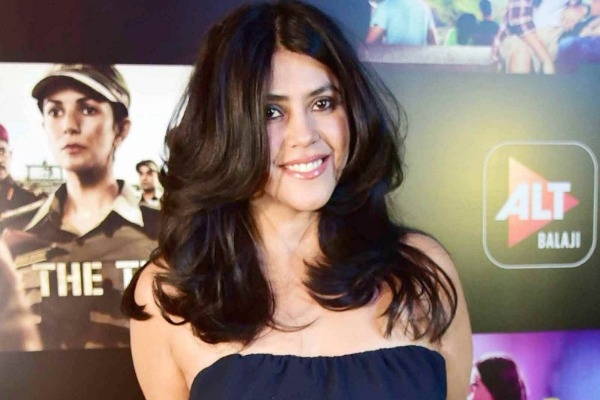 Producer Ekta Kapoor is not in favour of regulating streaming platforms as she believes it will only create a bigger need for unregulated content.

The Supreme Court has sought the government's response on a plea to regulate the functioning of streaming platforms like Netflix and Amazon Prime Video. Currently there is no censorship on online content other than age rating.
"Prohibition will create a bigger want. This is a sad situation... A lot of people ask me, 'How can you be so bold?' but I have always said this that I don't have any problem with sex.
"If the person who is acting has consensually agreed to have people watch them and the person is watching because he wants to watch it (then there is no issue). It is a two-way street. When anything is a one-way street, even in a marriage, it is a crime. Sex is not an issue, forcing yourself (on someone) is."
Ekta owns the OTT platform AltBalaji.
When asked what would be her decision if the apex court takes a stand, the producer said, "Who are we to take a stand? They will take a stand and we will follow. But my beliefs are clear. I feel any prohibition in society will only create a bigger need for it. It is human psychology."
With streaming platforms gaining a strong foothold in the Indian market, Ekta said there is a constant need to come up with good content that appeals a large segment of the audience.
"I have to put out lot of content and better content as soon as possible. But I don't compete with them. They deal with urban niche audience and I deal with mass audience."
Talking on the sidelines of the launch of season two of TV shows "Kawach" and "Bepanah Pyaarr", Ekta said she enjoyed the web medium more.