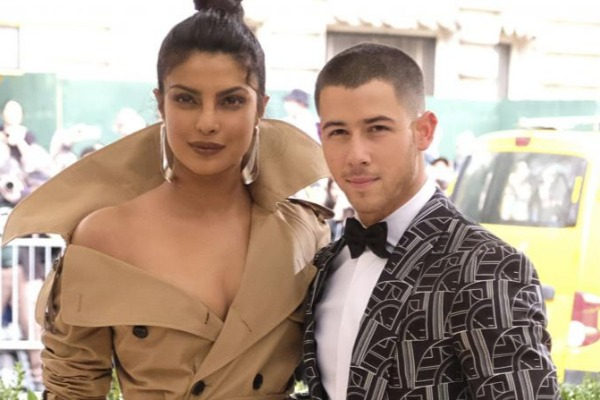 Priyanka Chopra and Nick Jonas will be a part of this year's Met Gala Host Committee, the actor has revealed.

The couple, who first posed for the shutterbugs on the 2017 Met Gala red carpet in Ralph Lauren designs before tying the knot last December, feature in the list presided over by Vogue editor Anna Wintour.
Chopra took to Instagram to share the news Wednesday.
"From walking the prestigious carpet for the first time, to meeting my husband and many friends for life... Nick and I are honoured to be on the Benefit Committee for this year's Met Gala. Looking forward to the first Monday in May," the actor wrote.
Chopra and Jonas will be joined by other high-profile names in the committee include the likes of Jennifer Lopez and Alex Rodriguez, Lena Waithe, Katy Perry and Jared Leto.
According to The Hollywood Reporter, Wintour is co-chairing the gala with Serena Williams, Lady Gaga, Harry Styles and exhibit sponsor Gucci's Alessandro Michele.
With 183 people from different walks of life such as showbiz, fashion, philanthropy and sport, actors comprise the largest group with 48 per cent attending the gala.
Bradley Cooper, Blake Lively and Ryan Reynolds, Chadwick Boseman, and Lupita Nyong'o will also walk the red carpet.
Organised by Metropolitan Museum of Art, the gala is scheduled to be held on May 6 in New York.