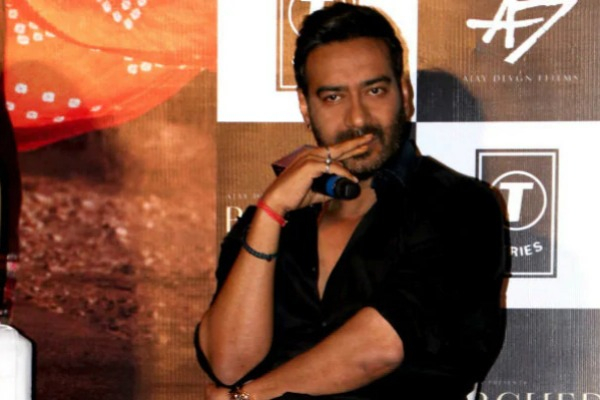 Ajay Devgn on Tuesday refrained from commenting on the #MeToo allegations against his "De De Pyaar De" co-star Alok Nath.

Writer Vinta Nanda had accused Nath of rape last year.
When producer Luv Ranjan was asked to comment on the same, Ajay intervened saying, "This is not the right place to talk about it."
"And jinki aap baat kar rahe hai woh film uske pehle complete hui (the film was completed before the allegations surfaced against the concerned person)
Ajay was talking on the sidelines of the trailer launch of his film "De De Pyaar De".
The trailer was launched on the occasion of Ajay's 50th birthday.
The film, also featuring Tabu and Rakul Preet Singh, is directed by Akiv Ali. It releases on May 17.