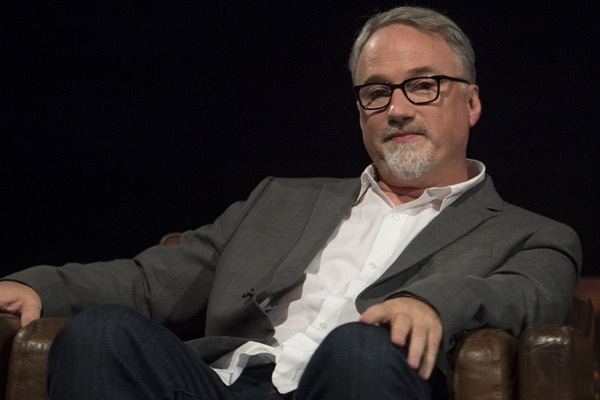 "Fight Club" is among David Fincher's most iconic films but the director had a hard time working on the movie, which bombed at the box office on its release.

A new book "How 1999 Blew Up the Screen" by Author Brian Raftery reveals how Fincher fought with the film's lead Edward Norton and later with the studio, 20th Century Fox.
"When I think of 1999, I don't think of my feet on the chair in front of me with a sixteen-ounce cup of popcorn in my hands. I think of it mostly as a series of meetings where I would slap myself so hard, I would leave with a calloused forehead," the director said in the book.
David O Russell was at first courted by Fox to adapt the movie from Chuck Palahniuk's book but he passed and Fincher came into the picture.
The director was instantly attracted to the story and decided to take up the job even though he had famously clashed with Fox on his directorial debut "Alien 3", according to the IndieWire.
Having worked with Brad Pitt on serial killer drama "Se7en", Fincher convinced him to star as Tyler Durden and then Norton boarded the subject.
Both Fincher and Norton saw the story as a comedy but they disagreed on just how funny it should be and constantly fought over the movie's tone.
"I think Edward had this idea of, 'Let's make sure people realise that this is a comedy. He and I talked about this ad nauseum. There's humour that's obsequious, that's saying, 'Wink-wink, don't worry, it's all in good fun.' And my whole thing was to not wink. What we want is for people to go, Are they espousing this?', Fincher says in the book.
But that was not the only difficulty that Fincher had to overcome. He clashed with Fox over the movie's marketing where he had no control.
"The people whose job it is to sell it were like, I'm not going down with this'.
Fincher was told that the movie was for no one as "Men do not want to see Brad Pitt with his shirt off. It makes them feel bad. And women don't want to see him bloody. So I don't know who you made this movie for."
The director wanted to promote the film creatively but Fox preferred a safe route by tagging the film "a big studio film with movie stars" and leaned into its fighting plot. Needless to say, the marketing did not work and the film bombed at the box office.
Fincher had an inkling about the film's box office fate and decided to take a vacation to Bali on opening weekend.
"Two years of your life and you get one fax and it's like, 'Everybody go home. It's going to be a fire sale'. You do a lot of soul-searching at that moment: 'Oh, fuck, what am I going to do now?' How do you bounce back from that?
"The vibe (at CAA) was very much, 'It's good you've experienced this and that you understand we can sway you from making these kinds of life-altering, possibly career-destroying decisions for yourself.' I just got up and excused myself. And later on, I had a conversation and said, 'How dare you? I'm really okay with this movie.'"
The film's dismal performance notwithstanding, it went on to acquire a cult status.