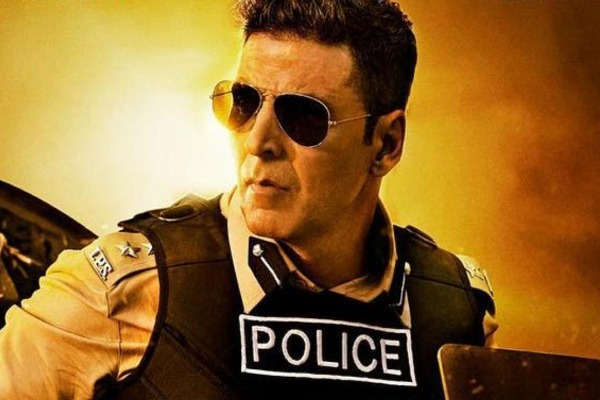 "Sooryavanshi", starring Akshay Kumar, is set to release on Eid 2020.

The film, to be directed by Rohit Shetty, features Akshay in the title role.
The character was introduced in Rohit's last release "Simmba" in the post-climax scene as ATS officer Veer Sooryavanshi.
"A bullet for a bullet! Get ready for #RohitShetty's #Sooryavanshi on Eid 2020. Action-packed, masala intact! @karanjohar @RelianceEnt @RSPicturez @DharmaMovies #CapeOfGoodFilms," Akshay made the announcement on Twitter.
The actor, who is also attached as co-producer, shared two posters from the film.
"Sooryavanshi" is the third series in Rohit's cop universe after "Singham" and "Simmba". This is Akshay and Rohit's first project together.
"Eid 2020 will be about a bullet for a bullet. #Sooryavanshi stars the khiladi of all time, @akshaykumar & directed by the blockbuster machine, #RohitShetty!" tweeted co-producer Karan Johar.
Ranveer too doffed his hat to Akshay and wrote, "A Bullet for a Bullet... He's not alone...#Sooryavanshi," the "Simmba" star wrote.
The film is presented by Reliance Entertainment and produced by Rohit Shetty Picturez in association with Dharma Productions and Cape of Good Films.