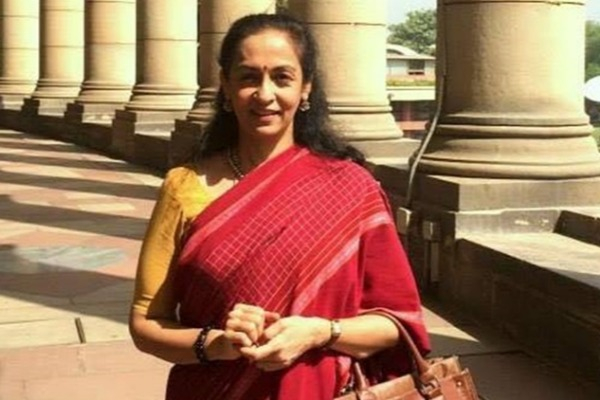 Indian actor and life skills teacher Swaroop Rawal was on Thursday named among the top 10 finalists of the USD one million Varkey Foundation Global Teacher Prize for her use of unique teaching methods to reach out to children across different segments of society in India.

Rawal, who teaches at Lavad Primary School in Gujarat, was shortlisted from around 10,000 nominations and applications across 179 countries for the annual prize, to be announced at the Global Education and Skills Forum (GESF) in Dubai next month.
This solidifies that some very special people are noticing and celebrating the work done by teachers, Rawal said, in response to the announcement.
Given the scale of the education challenge world over, I strongly believe every effort made in education should be celebrated and thus I congratulate my fellow teachers; those have made to the list and also those who haven't, she said.
Rawal, a former Miss India and the wife of actor Paresh Rawal, says she went into teaching to accomplish two goals to help make children more resilient through life skills education and to bring new methods to teaching.
I want my children to be equipped with life skills that not only make them resilient but emotionally empowered. I want life skills education in all schools, for all children, from all age groups, she said.
According to the Global Teacher Prize, her teaching has reached children on the streets, in rural communities, economically and socially disadvantaged children, as well as elite schoolchildren.
In order to reach out to them, Rawal uses drama in education an active, learner-centred method which includes group discussion, brainstorming, debate, games, song, and drawing.
Her approach has had an impact on the lives of those she has taught, preventing child marriage in Bhadbhediya and child labour in Sodvadra's diamond polishing industry by facilitating children's return to school.
She has also contributed to the understanding of teaching in India, becoming a teacher-trainer and training over 10,000 teachers.
I hope her story will inspire those looking to enter the teaching profession and also shine a powerful spotlight on the incredible work teachers do all over India and throughout the world every day, said Sunny Varkey, the
Indian-origin entrepreneur founder of the UK-based Varkey Foundation.
The thousands of nominations and applications we received from every corner of the planet is testimony to the achievements of teachers and the enormous impact they have on all of our lives, he said.
Rawal will compete with teachers from the Netherlands, UK, US, Georgia, Brazil, Argentina, Australia, Japan and Kenya, shortlisted by the Global Teacher Prize Committee from a worldwide top 50.
The unveiling of the final 10 was accompanied by a special message from Hollywood star Hugh Jackman, who described teachers as "superheroes".
When I was a kid there were lots of superheroes that I wanted to be. But I can tell you right now, from where I stand, with all my experience, the real superheroes are teachers they're the ones that change the world, said the Australian actor-singer-producer known for roles in the X-Men' film franchise.
The winner of this year's prize will be chosen from the final 10 by the Global Teacher Prize Academy and formally announced at a gala award ceremony at the end of the Global Education & Skills Forum in Dubai on March 24.