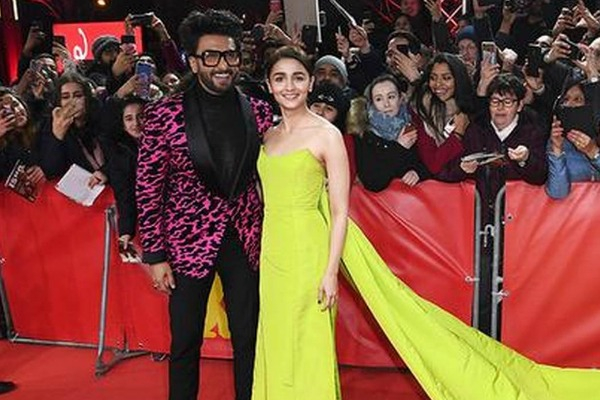 Cameron Bailey, Artistic Director, Toronto International Film Festival shared on Twitter that the film was well-received and he has never seen such a response for any movie at Berlinale in past two decades.
"Watched the GULLY BOY world premiere tonight in a packed house with @RanveerOfficial, @aliaa08 & @ZoyaAkhtarOff present. Biggest cheers I've heard in 20+ years at the Berlinale," he wrote alongside a picture of Ranveer meeting the audience post the premiere.
The festival's official Twitter handle thanked Ranveer for his energetic rap performance on film's track "Apna Time Aayega"
"Thank you @RanveerOfficial , we had a blast last night, you were absolutely amazing," the tweet read.
Ranveer, 33, said it was a "memorable" night for him.
"It was a truly memorable night! Thank you so much for having us," he tweeted in response to the festival's post.
"Gully Boy", produced by Ritesh Sidhwani and Farhan Akhtar, features Ranveer as an up-and-coming rapper who sets out to achieve his dream by rhyming about his life on the Mumbai streets.
The film, also starring Kalki Koechlin, Siddhant Chaturvedi and Vijay Raaz, will release on February 14.