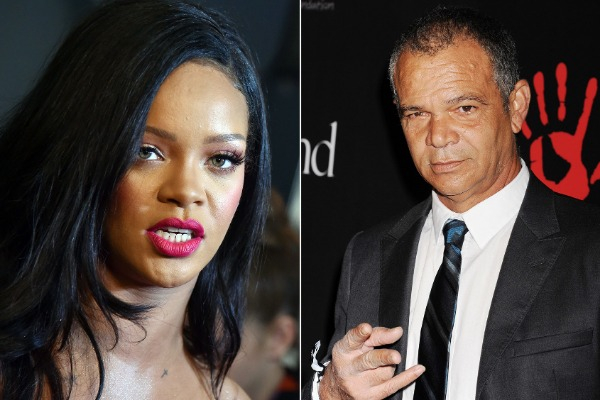 Singer Rihanna is suing her father for trying to exploit her name to further his entertainment business.

In a federal lawsuit, the pop star alleges that her father, Ronald Fenty, is trading on their surname, Fenty, which she made famous, for financial gain, according to The Hollywood Reporter.
The famous singer was born Robyn Rihanna Fenty.
In the lawsuit, the 30-year-old singer says that her father and his partner have violated her trademark and falsely suggested that their business, Fenty Entertainment, is affiliated with her.
She has used the name for her cosmetics brand, Fenty Beauty, and other businesses, including Savage X Fenty and Fenty PUMA, since 2012.
Rihanna has asked the court to bar the firm from using the Fenty name for business.
The lawsuit claims Rihanna owns trademarks in the US for the Fenty name and has sent formal "cease and desist" requests.
It said that on one instance, Fenty Entertainment accepted a 2017 offer by a third party for Rihanna to perform 15 shows in Latin America for USD 15 million.
In another, Fenty Entertainment falsely implied that the singer was involved in a boutique hotels project, it added.

Rihanna is suing for false designation of origin, false advertising and invasion of her rights of privacy and publicity, among other claims.