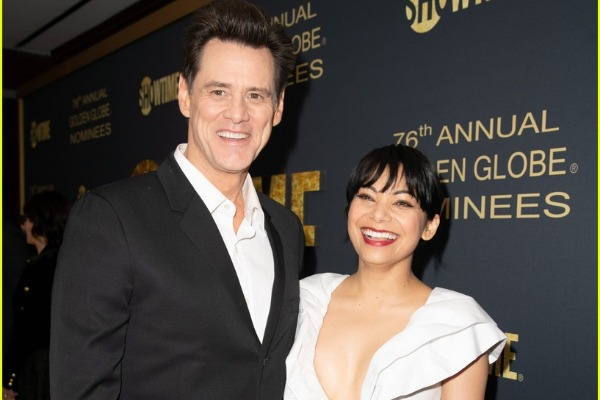 Jim Carrey is currently dating actor Ginger Gonzaga, who starts alongside him in "Kidding".

The actor's representative confirmed to E! News that Gonzaga is Carrey's girlfriend.
Carrey's character on the Showtime series also dated Gonzaga's recurring character, Vivian.
The two made their official red carpet debut over the weekend, when they stepped out arm in arm for Showtime's Golden Globe nominees celebration.
Carrey was previously in relationships with Renee Zellweger, Jenny McCarthy and the late Cathriona White. He was first married to actress Melissa Womer, with whom he shares 31-year-old daughter Jane Carrey, and later briefly to "Dumb and Dumber" co-star Lauren Holly.