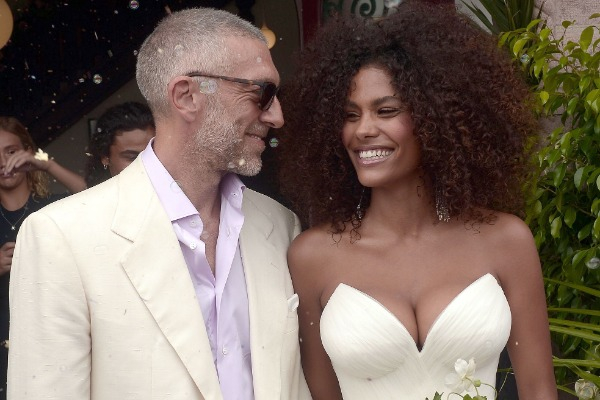 French actor Vincent Cassel and his wife, model Tina Kunakey are pregnant with their first child.

The couple made the announcement Tuesday on Instagram.
Cassel, 52, shared a short clip from a beach in Bahia, Brazil in which he could be seen holding and kissing Kunakey's growing baby bump.
"Bonne annee Feliz ano novo Happy new year #tellementdechance #danslavieriennestdu #lifeismagicneverforget #goal," he captioned the video, which translates to "Happy New Year" in French and Portuguese.
The model, 21, also shared a smiling photo of herself on the beach.
Kunakey posed in the nude holding a straw hat strategically while showing off her pregnant belly.
"HAPPIEST NEW YEAR EVER #andifyoudontknownowyouknow," she wrote alongside photo.
The news comes four months after the couple tied the knot in an intimate ceremony in France.
Cassel is already a father to daughters Deva, 15, and and Leonie, 9 whom he shares with Italian actor Monica Bellucci.